Save
Laughing Matters: The State of a Nation Exhibition / Aberrant Architecture 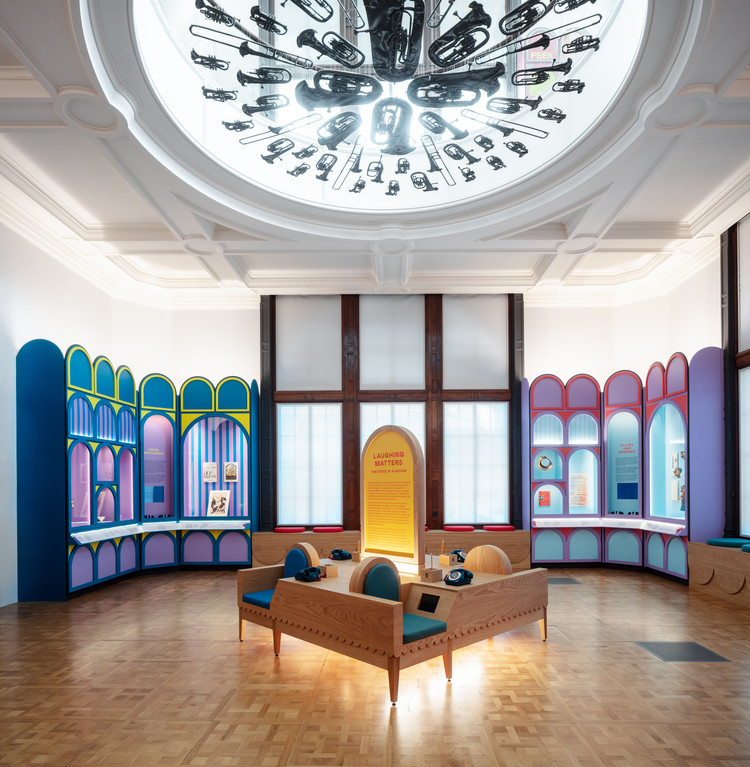 Text description provided by the architects. The V&A has opened a new room in its popular British Galleries dedicated to exploring notions of Britishness, through the lens of comedy. Opening 29 March 2019, at an extraordinary time in British life, Laughing Matters: The State of a Nation will reflect on the role of humour in debates around identity, empire and power over the past two hundred years. Drawing on the V&A’s world-class collections of art, design and performance, this will be the museum’s first permanent home for its material relating to comedy.

On display will be thirty-four objects and key loans, including new acquisitions of costumes, props, photographs, film and television clips, and interviews with contemporary comedians. Featuring work by comedians including Ronnie Barker and Spike Milligan, and comedic representations of British icons including Queen Victoria and Prime Minister Margaret Thatcher, the V&A will unpick the punchlines to discover what humour since the Victorian era – whether subversive, surreal, mocking or celebratory – can tell us about what it means to be British.

Exhibition Design. Laughing Matters: The State of a Nation will be organised into four thematic sections: Country Files, Cruel Britannia, Allies and Enemies, and Rule and Regulation. These thematic sections are arranged in four richly variegated wall-mounted displays, arranged in cellular cabinets that extend from each corner of the room. This continuous frieze system, inspired by the Robert Adams bookcase in the V&A British Galleries, familiar tropes of British domesticity such as the alcove, and by 19th century satirist George Cruickshank’s cartoon ‘The British Bee Hive’, provides a holistic container of cells or alcoves, of different sizes, for various display scales and strategies.

Bold Colours. A major inspiration for the decoration and treatment for Gallery 55 is the work of celebrated British interior design David Hicks. His work – simultaneous with the late 1960s, and the birth of the alternative comedy scene – suggests a particular blend of traditional values and modern invention, such as the suggestion of Tudor ‘timbers’ as an aesthetic device alongside modern, utilitarian tiles. This idiosyncratic simultaneity of past and present is quintessentially British in its eccentricity. Bold colours and intense patterns produce a contemporary impact while referencing historic styles, particularly from British design and architectural eras.

Within the holistic display each corner unit has its own distinct colour palate which gives each thematic section of the exhibition its own unique identity. Glazed cells within the alcoves mimic antique cases and bureau while patterned and coloured alcoves indicate thematic connections between the objects on display. A contemporary take on a traditional telephone table, located in the centre of the space, allows visitors to sit and listen to content through old fashioned telephones while appraising the work in each corner of the room. 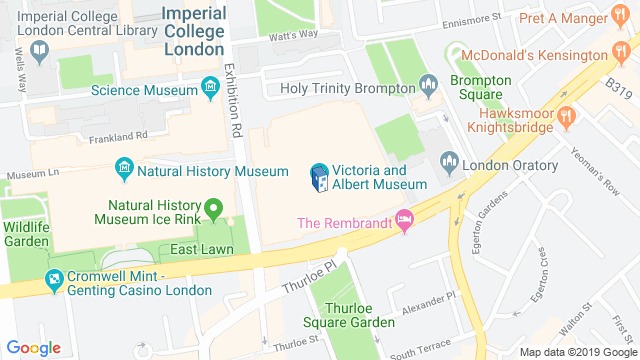