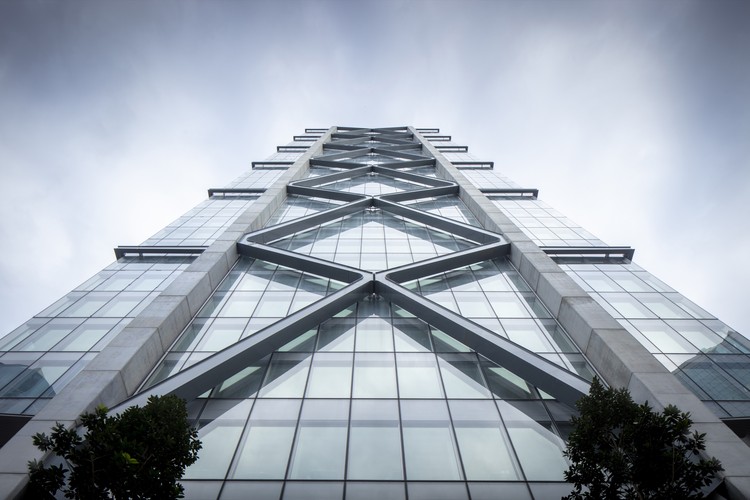 Anchored by an offset core and clad in a soaring glass curtain wall, the tower offers panoramic views of Sydney Harbour, Sydney Opera House, and Sydney Harbour Bridge. The interiors have been shaped to maximize daylight and open space, with six-meter column-free zones to the north and south.

100 Mount is an embodiment of Sydney’s spirit of architectural innovation. SOM is proud to have continued this legacy, marrying it with our own history of innovation in skyscraper design worldwide. We’re thrilled to have created an iconic, beautiful center for commerce in North Sydney’s growing Central Business District.
-Adam Semel, SOM Managing Partner

At ground level, the building’s offset core allows for a series of open spaces, featuring a lobby, café, and restaurant, while an 8-meter-tall glass wall provides shelter from the outside. Cascading steps and inclined pathways direct visitors towards a retail program at street level, while a pedestrian pathway bisects the site to connect with nearby public transport.

The offset core and high-performance closed cavity façade mean the scheme can offer automatic daylight control and glare reduction without compromising on transparency. Chilled beam systems are among the additional features that reduce the building’s environmental impact.

The building is owned by Dexus and Dexus Wholesale Property Fund. The building was developed by Dexus in collaboration with builder Laing O’Rourke. SOM served as design and structural architect, Architectus as the architect of record, Enstruct as engineer of record, and Arup as MEP engineer. 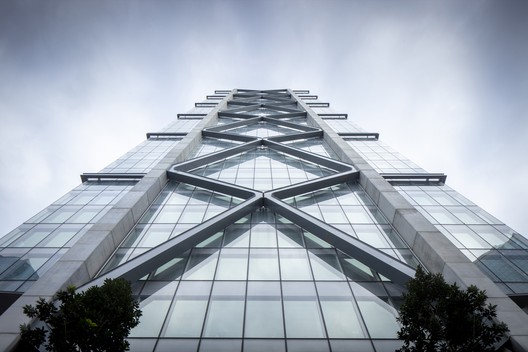