Save
House on Burrow Beach / Plus Architecture 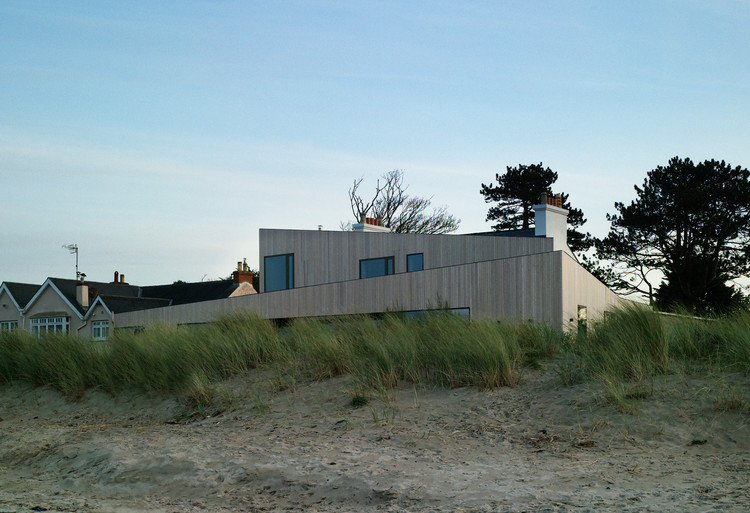 Text description provided by the architects. This existing late-Victorian villa, a protected structure, has been remodelled and extended to take advantage of the magnificent views out over Dublin Bay and Ireland’s Eye.

The form of the new-build element is inspired by the shifting landscape of sand dunes on the beach, with mono-pitch roofs sloping up to envelope the accommodation, and rooflights popping up to bring south light in to a mainly north-facing living area. These new additions wrap around the existing house and contrast with it both materially and spatially.

On entry into the house a double-height space has been introduced to create a sense of spatial drama, missing in the original house. This reception space leads directly into the open-plan living space to the rear with the large framed views out to the sea. Due to council flood-risk requirements the new-build elements of the house were required to be raised a metre above the ground floor level of the existing house, which had the positive effect of allowing greater field of view over the seascape.

The basic concept of the plan was to locate the main living spaces to the rear of the house, with kitchen and dining rooms positioned to take advantage of morning light from the east and the sitting room enjoying the evening sun. The extension has been pulled away from the north elevation of the existing house to create a light-filled double-height void space between the old and new, allowing the elements of the house to be read together. 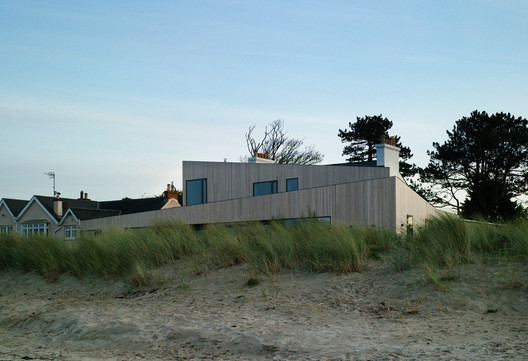