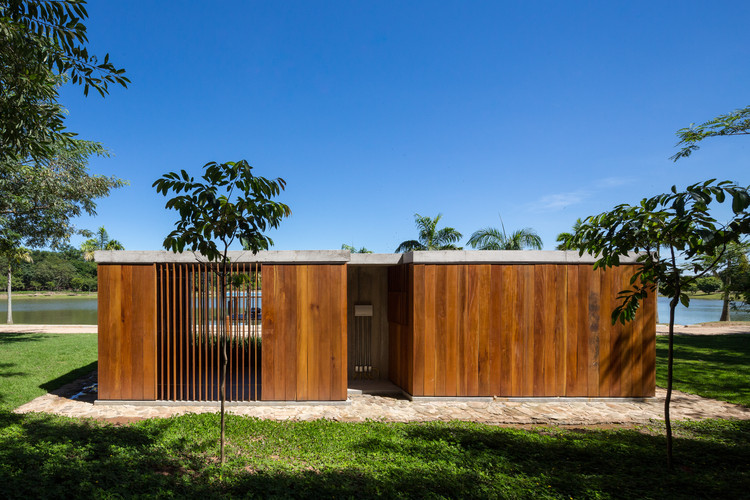 Text description provided by the architects. Placed on the edge of the dam, a reservoir for the extensive surrounding farmland, in a city in the interior of São Paulo State, the need for this program arises from the demand of basic infrastructure for those who enjoy the small beach formed by the lake. Therefore, its facilities include a changing room, with toilet and shower, besides a warehouse for nautical leisure equipment.

The main structural system is composed of three reinforced concrete pillars, which support a slab, also cast in concrete. In this way, the slab shape establishes the building perimeter. With no other walls, all partitions and closures are made by garapeira wooden boards, framed by metal structure and modulated at intervals of 20cm.

The sunlight permeates the space between the wooden boards and thus, the design of shadows and solar rays covers the floor of interior space. The hollowed element allows natural ventilation and illumination, besides allowing visibility, bringing the surrounding nature colors to the interior. Throughout the day, the incidence of the sun takes on different forms.

At night, the light assumes the opposite effect, transforming the small building into a lighthouse among the thick vegetation. As a result, the simple program is solved by also simple design, although effective and functional. By using constructive systems which manifest the true nature of materials, the whole project promotes the dialogue between the new intervention and surrounding nature. 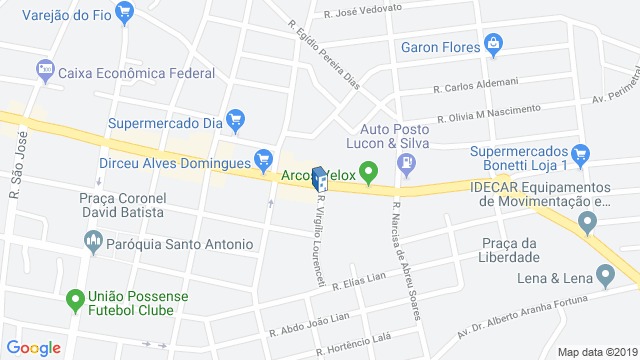 Location to be used only as a reference. It could indicate city/country but not exact address.
Share
Or
Copy
About this office
Bruno Rossi Arquitetos
Office
•••