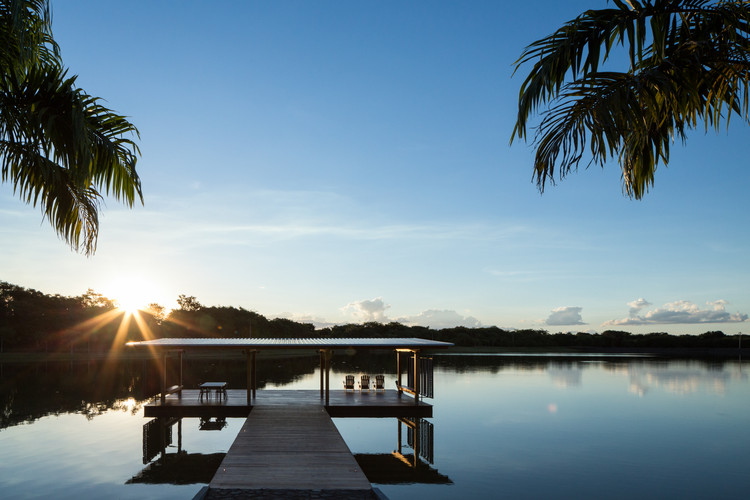 Text description provided by the architects. A shading plane over the water. The floating pavilion represents a building with no clear boundaries, without beginning or end, mimetized in the landscape, over the diffusive and reflexive territory of a water containment basin in a farm on the interior of São Paulo state – Brazil. The existing deck and tile roof became small to serve the nautical and leisure activities by the dam, being needed an ampliation proposal.

Therefore, a bigger thermoacoustic metal shingle roof was proposed, supported by a prefabricated laminated timber structure. In this technique, the main pieces are prepared in the factory and assembled at the site, providing quickness in the process, interlock precision and resistance.

On both sides of the deck, mobile elements were proposed, composed by wood brises in a metallic frame, in order to block or not the wind flow and sunlight along the day. Therefore, the floating pavilion is defined as a simple roof over a deck, appearing as just two plans, floor and ceiling, which assure leisure and contemplation. The architecture shows itself capable of creating shelter above water. A search for occupation in an immaterial territory. 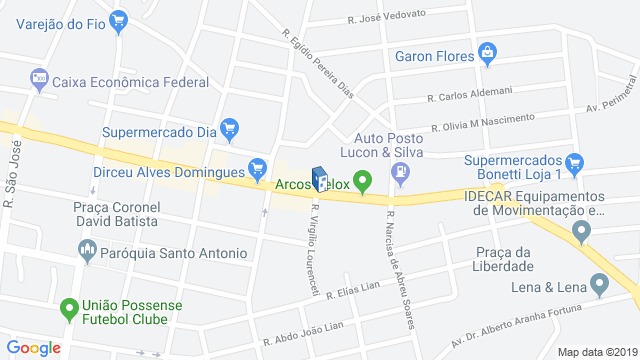