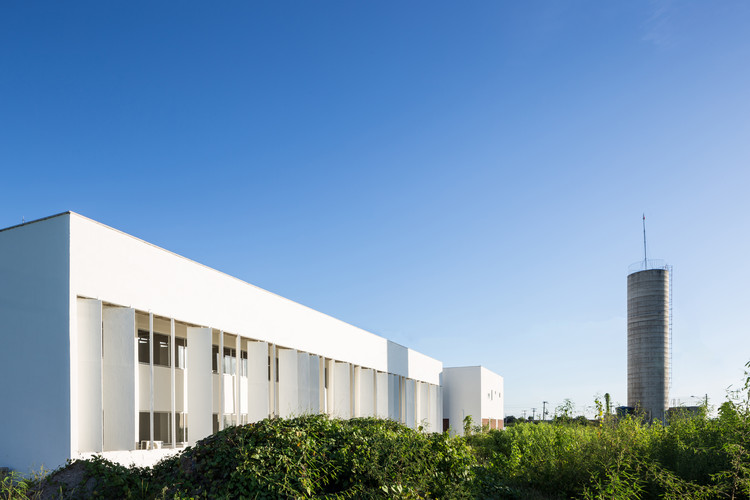 Text description provided by the architects. The didactic block of the Federal University of Ceará campus in the municipality of Crateús is the second building of the set provided by the master plan of this academic unit, following the administration block that is also the gateway to the campus. This second building is divided into two clear and complementary parts: one whose program is focused on the teaching, research and extension activities of the University - educational module -, and another for living and complementary services for students, teachers, and servers – living module.

The educational module is arranged in a rectangular volume of two floors, composed of two wings of classrooms, laboratories, library and services, that turn to a large central void. In the ground floor, this void serves as a covered path that will connect the various modules - continuing the empty entrance porch of the campus -, besides having benches and stairs to access the upper floor, where two walkways connect the wings.

Externally, these wings are protected by a set of vertical brise-soleils with different inclinations. The living area is divided into two parts: one more closed, corresponding to the canteen, print shop and other services, and an open part that turns to the outside of the building, with a program without defined uses. This new building is formed of two educational modules interconnected by a living module, which is formed by two mirrored trapezoids that together generate an angle of 30 degrees, giving continuity to the path and generating an inflection that serves to adapt the system to the topography, and also avoiding a very long and rectilinear course.

The structure of the building is mixed, with the wings made of reinforced concrete and the covering of the central void and the living module of steel, without pillars interrupting the internal route. The semiarid climate was determinant in the materiality and the formal solution, both by the strategies of protection of the direct sunlight - brise-soleils in the educational modules, breeze blocks and reduced windows in the living module - and the use of the white color for reflection of the heat. An economical solution, easy to maintain and take advantage of light as the main quality of the building.

More than complex forms, the inflections, the relation between open and closed spaces, and the variable inclinations of the brise-soleils of the educational module generate a light-rich space, which varies according to the position of the observer and the time of day. Thus, the didactic block of the campus of the Federal University of Ceará in Crateús is more than an enclosed building, with an objectual character, it is part of a system of flexible modules, able to undergo changes, extensions and appropriations of generous empty spaces over time without losing its initial character. 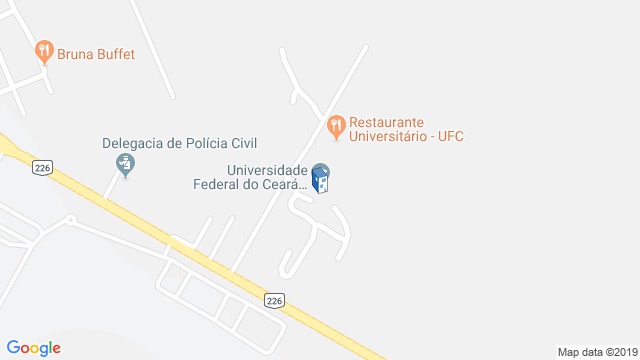