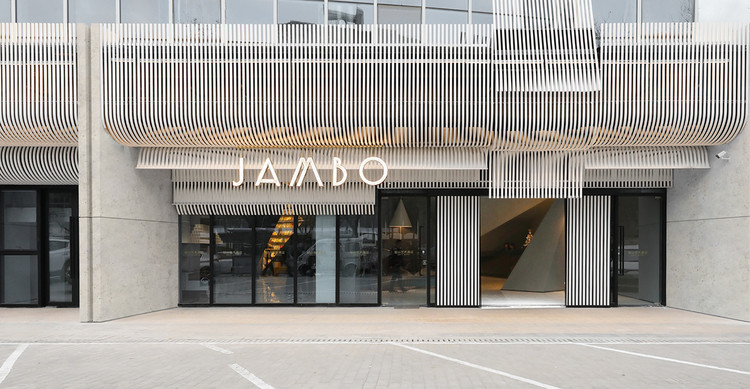 Text description provided by the architects. We are commissioned to design an expressive entrance facade for the Jambo Arts Hotel in Xi’an. The Chinese name of the hotel ‘Zhanbai’ (it means white bursting ) somehow is associated with ‘fluent’, ‘white’ and ‘dramatic’, therefore we came out with the idea of something to do with ‘paper rolling’.

The touchstone of the design was the spatial relationship between paper sheets and mechanical rolls. In paper manufacturing, after thermo-mechanical refinement and dehydration, paper sheets will be rolled into the papermaking system. The continuous rolling in and out of paper sheets, therefore, forms a certain depth of space, which is inspirational and dramatic.

Following the paper rolling concept, we kept testing paper rolling by twisting, stretching and overlaying to realize the spatial theatricality and richness we tried to create for the facade.

Early sketch to some extent was influenced by Cy Twombly’s work. We have tested four potential materials for the facade including wood, raw steel, stainless steel with mirror effect and white anodized stainless steel. The client finally chose white stainless steel to echo the name of the hotel ‘Zhanbai’ (white).

By contrast with the lightness of curvy bars, external division walls are clad in precast white concrete to emphases the heaviness and solidness. Render image before construction. The final metal bars are thinner than designed due to budget limitation. 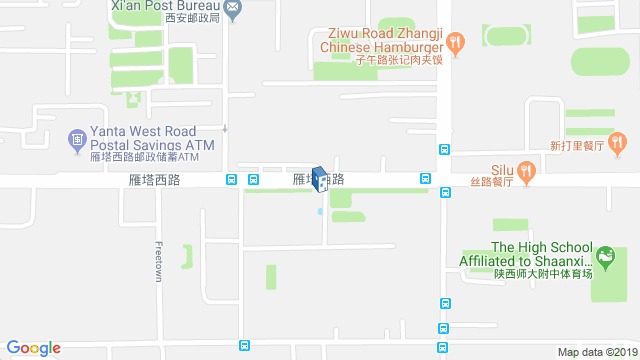 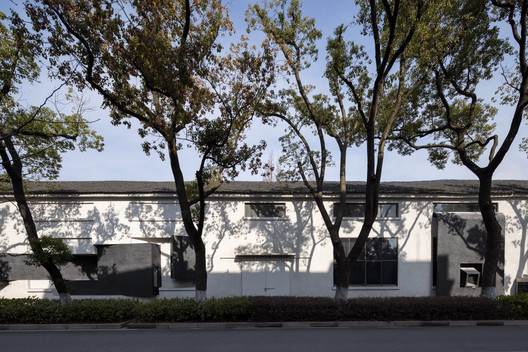 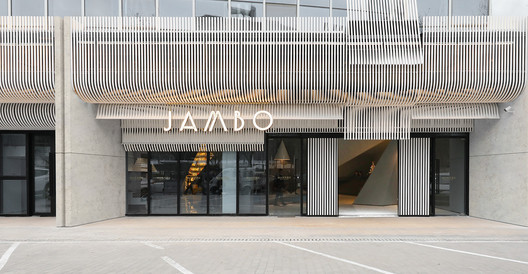