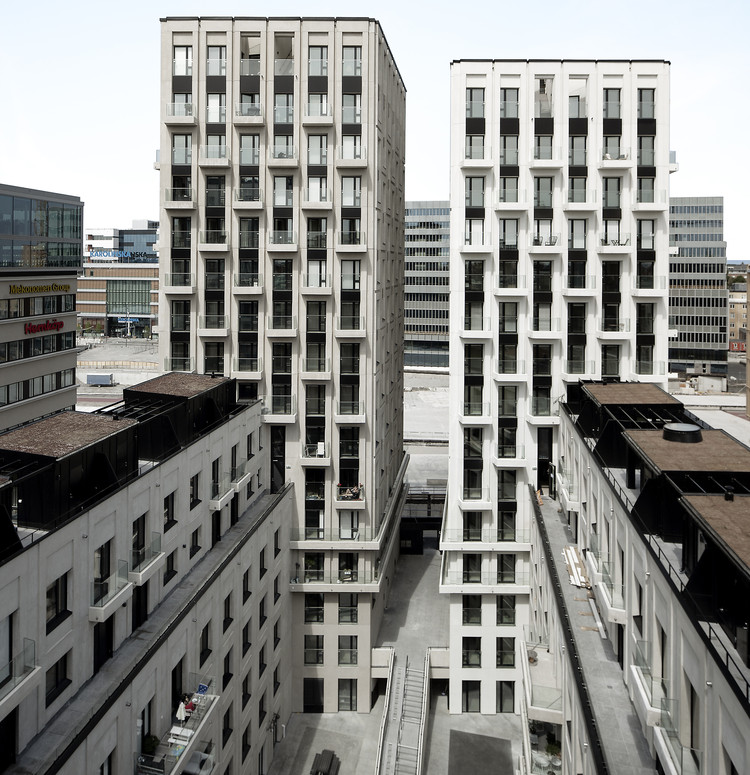 Text description provided by the architects. Haga Nova is the first residential block to be built in the new Hagastaden district in Stockholm. With neighbors like the twin towers at Torsplan, which when completed will form the gateway to the new district, and the stately office buildings on the southern side of Norra Stationsgatan, we conceived an architecture that would be powerful enough to face the urban context in a natural and equivalent way.

The design of Haga Nova is a contemporary interpretation of early American high-rise architecture – richly sculpted and classically composed. In the spirit of early 20th century Chicago or New York, where the traditional architectural canon met the new technical possibilities of steel construction, the towers are composed of base, shaft and capital according to classical design principles, but enlarged in proportion to the scale of the building: the base portion extends over three floors and the tops of the towers consist of two-to-three-story-high capitals.

With the strict order of the existing urban fabric as a starting point, the facades are composed by repeating the same basic module, which is then varied in the different parts of the building: In the towers, the window openings form two-story motifs that shift in height in a way that emphasizes the verticality of the facades, while the lower parts of the building have a calmer symmetrical composition. The facades consist of one-story-high prefabricated concrete elements. Light pigments in the cement mix and a sandblasted finish give the material a stone-like character. Massive window surrounds, which hide the joints in the reliefs, gives the building the appearance of a sculpted mass, and by concealing window sills behind black aluminum panels on every second floor of the tower, a large-scale facade character is made possible that counteracts the typical one-story-high repetition effect of conventional prefabricated facades.

The two top floors of the lower buildings, which in accordance with the development plan are setback on the courtyard side, consist of row-house-like two-story. Each row house, along with each penthouse apartment in the towers, has a private roof terrace with pergola and an unheated storage room. The building contains 275 apartments, two pre-schools, commercial premises and a three-story underground parking garage. 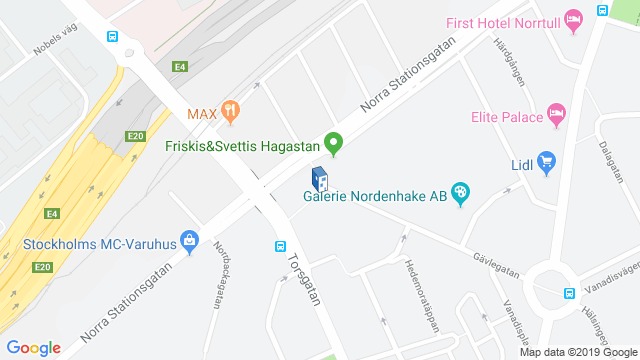 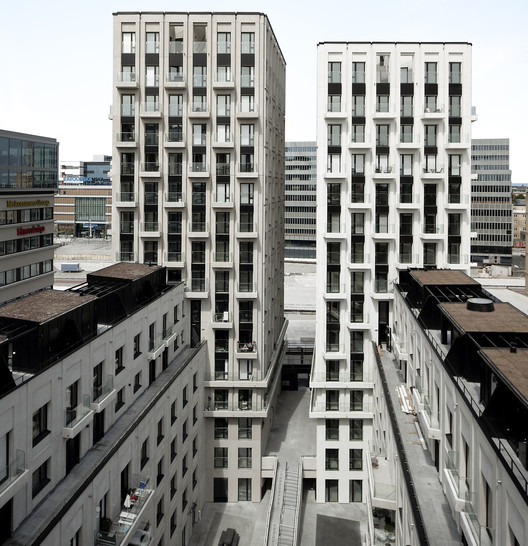