Carlo Ratti Associati has unveiled their vision for the urban highways of Paris in 2050. Reinventing the city’s infamous Boulevard Périphérique ring road, the firm’s “New Deal” explores the potential for urban highways to be flexible spaces for living, playing and farming. 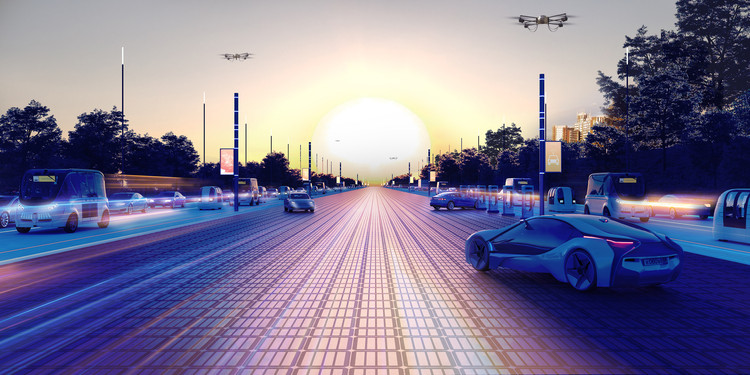 Drawing on research from bodies such as the MIT Senseable City Lab, the exhibition speculates on how the city’s highways might look in 2050, through the presentation of the New Deal’s five visions. The first two are dedicated to the Boulevard Périphérique, a highway circling the city. In “Habiter Le Lateralité” (“Living Laterality”), the current number of car lanes is more than halved, with remaining space converted into a reconfigurable playground. In “Habiter les Dessus” (“Living Above”), a series of green residential buildings are placed over the Peripherique like a set of inhabitable bridges, recomposing a historical fracture between the two Paris’: that of the historical city and that of the banlieues.

The remaining three visions are dedicated to three increasingly suburban highways in the Ile de France region, proposing new visions from energy production to farming. “La voie monde” (“The street of the world”) envisions how the gigantic A6 French highway can go from having 12 to four car lanes, using the central part for greenhouses or for a photovoltaic plant to generate solar energy while slashing heat production. “Multimodalite Partout” (“Multimodality Everywhere”) and “La Voie Dynamique” (“The Dynamic Road”) leverage on real-time mobility data to create new public spaces and allow commuters to get to their destination more efficiently.

In the 20th century, urbanists made space for bigger roads and more cars. Today, we can leverage innovation in mobility to imagine creating a more seamless and inclusive city.
-Carlo Ratti, founding partner of CRA and director of the MIT Senseable City Lab 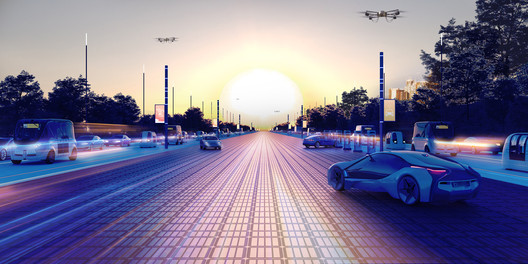