Save
Opinion: Manit Rastogi of Morphogenesis on Environment Sensitive Urbanism
Share
Or
Copy 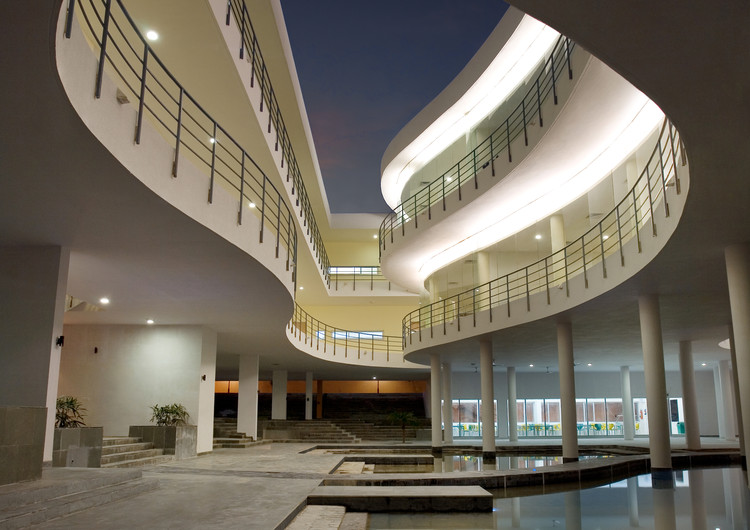 Today, 55% of the world’s population lives in urban areas, a proportion that is expected to increase to 68% by 2050. As the world continues to urbanize, sustainable development depends increasingly on the successful management of urban growth, especially in low-income and lower-middle-income countries where the pace of urbanization is projected to be the fastest. Many countries will face challenges in meeting the needs of their growing urban populations, including for housing, transportation, energy systems and other infrastructure, integrated with some basic services. It is crucial for us to realize that our urban systems must now become self-sustainable ecosystems.

In light of the above, Indian firm Morphogenesis consistently pushes the boundaries of sustainable urbanism by designing habitats that comprehensively address the sensitive relationship between man and environment, whilst responding to issues that are unique to a region’s economics, sociology, history and diversity, within the larger philosophy of environmental protection and rejuvenation. The firm has been regularly setting exemplars of this vision through a variety of projects that are ecologically viable, culturally sympathetic, and visibly capable of sustaining the dynamic processes of life and growth.

Let’s take the example of the upcoming Campus for Infosys in Nagpur, India, where the design process involved the creation of a net zero campus - net zero on water, net zero on energy, and net zero on waste to landfill. The plan evolved from understanding the carrying capacity of the site – a capacity determined by functions like energy, water, and geology of the land, along with the essential rules of passive design pertaining to light, ventilation, and shading. The North orientation of the buildings stemmed from Nagpur’s location on the Tropic of Cancer (±22.5); this orientation combined with the building morphology will allow for 90% of the building to be naturally daylit yet glare-free. The development aims to reduce energy and water requirements to one-fifth of the consumption of a typical office, which will be offset through solar power, resulting in zero energy from the grid. A manmade reservoir made to capture incident and surface runoff rainfall will act as a pre-cooling source for HVAC (heating, ventilation and air-conditioning).

An effective way for our urban systems to become self-sustainable ecosystems is to build on the learnings of our past. Traditional Indian architecture has always been green as it has always been built within a localized, regionalized context – as a response to the paucity of water and energy resources; and as a response to local climate, materials, and resources. A case in point would be the north-western state of Rajasthan, India, which has a wealth of vernacular architecture and is a veritable melting pot of Rajput, Mughal, and several other cultures. Despite being one of the driest places in South Asia, it was this adaptive architecture that made the region the most densely populated desert in the world. These ancient techniques such as baoli, jaali, jharokha, earthen insulation, etc. that have been in practice for hundreds of years have been incorporated in the design of The Pearl Academy, Jaipur, a campus that was designed to create an environmentally-responsive, passive habitat. The institute is located in a typical hot, dry, desert type climate on the outskirts of Jaipur. The radical and very low energy architecture of the institute emerges from a fusion of the rich traditional building knowledge bank and cutting-edge contemporary architecture.

Today, rampant development triggered by population explosion has contributed to urban degradation and erosion of walkability. There are other psychological mental maps in the way we connect with our cities that get altered. For instance, the Delhi Nullahs (watercourse) project has stemmed from the realization that the city has stopped generating memories. Its network spans 350 kilometers (217 miles) with 20,000 branches, across 708 hectares (1750 acres) of land, leading to tributaries that connect to the Yamuna River. Currently, the nullahs are unhygienic drains, in a dilapidated state – they smell, breed disease, and pollute the river. However, a relatively small effort can turn them into a valuable asset for citizens and address the distortion between infrastructure, transport, and land use that has evolved over time through the city's rapid urban growth. Furthermore, it has the potential to dramatically improve public health in the city, help replenish aquifers, and finally alleviate the extreme pollution of the Yamuna River.

As we can see, urbanization, environmental sensitivity, and a greener world are core issues that need to be assimilated in our thinking and consciousness and need to be addressed today. We need to consciously work towards global, financial, and economic models of development to build a sustainable economy, steering away from the currently limited paradigm of economic growth. We need to model solutions that are comprehensive and easily applicable to slowing and ultimately reversing global warming and climate change.