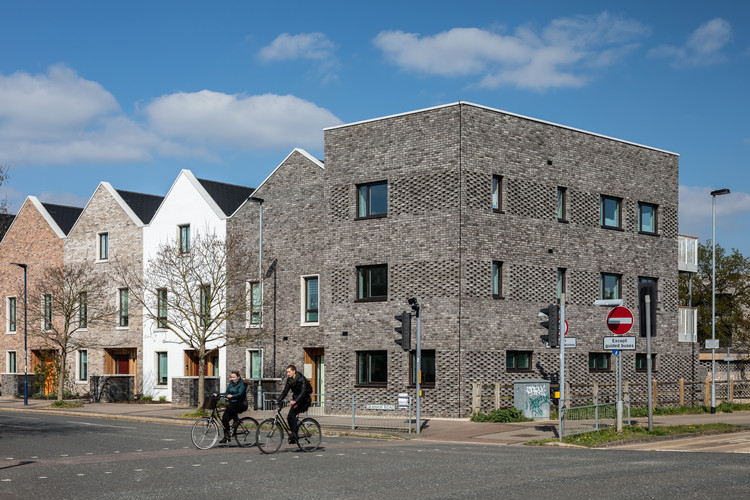 Text description provided by the architects. Marmalade Lane, Cambridge’s first cohousing development, is now complete and welcoming K1 Cohousing members. This comes at a moment when custom-build and community-led housing are being recognized by the government as viable and attractive models for future housing. The development comprises 42 homes – a mix of two- to five-bedroom terraced houses and one- and two-bedroom apartments. Marmalade Lane’s shared spaces and communal facilities, designed to foster community spirit and sustainable living, are integral to the development.

These include extensive shared gardens as the focal space of the community, with areas for growing food, play, socializing and quiet contemplation, and a flexible ‘common house’ with a playroom, guest bedrooms, laundry facilities, meeting rooms, and a large hall and kitchen for shared meals and parties. A separate workshop and gym are located elsewhere on site. All residents have a stake in the common parts and contribute to the management of the community. Fulfilling the group’s aspiration for mixed, intergenerational living, the multi-national group includes families with young children, retired and young professional couples and single-person households of different ages.

The site, formerly known by its lot number of K1, was owned by Cambridge City Council, which agreed to work with K1 Cohousing to bring it forward for Cambridge’s first enabled cohousing scheme. An open developer competition was held to find an innovative developer to translate K1 Cohousing’s vision and brief into a deliverable scheme. TOWN and Trivselhus, with a design team led by Cambridge-based Mole Architects, were chosen in July 2015.

The design created a scheme that knits into the wider neighborhood while meeting K1 Cohousing’s need for private and shared spaces. Homes are arranged in terraces which front existing streets and create a new one – Marmalade Lane – ensuring the development look outwards as well as in. The terraces enclose the large shared garden with an open aspect to the south to maximize sunlight. The Common House faces south onto the garden, acting as a gateway between public and cohousing realms and a focal ‘civic’ building for the K1 Cohousing community. The scheme includes communal waste stores and 146 cycle parking spaces, and car parking is kept to the periphery.

As a custom-built development, each household selected a ‘shell’ house or flat type which they then configured through the floor-by-floor selection of floorplans, kitchen and bathroom fittings, and one of four external brick specifications. Homes have been tailored to individual requirements without the risks or complexity of self-build while balancing personalization with the harmony of a visually cohesive architectural style.

The Common House is at the heart of the cohousing community. This cross-laminated timber structure includes a double-height hall overlooking the shared garden, and communal facilities and three guest bedrooms which can be booked by residents to avoid the wasted space of additional bedrooms in their homes. The Common House shares a lobby and lifts access with 10 dual- and triple-aspect two-bedroom apartments across three stories, each with a balcony or terrace overlooking the garden, and a triple-aspect one-bedroom affordable flat. 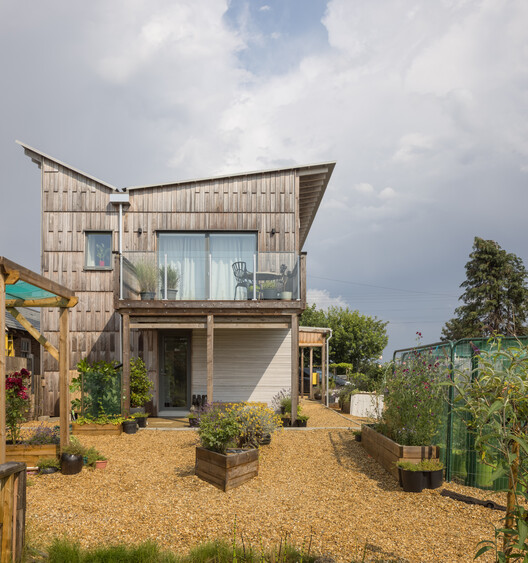 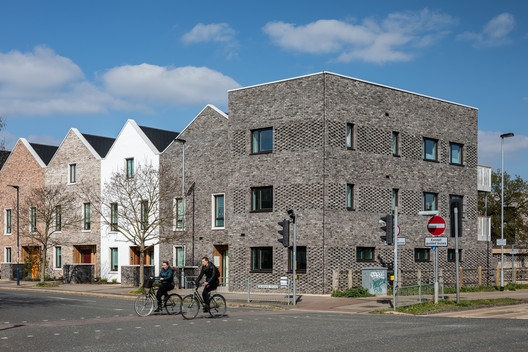