The museum’s Beaux arts building and two subsequent additions no longer accommodate the requirements of the accredited art museum. Sited atop a natural stone bluff, the new museum will face westward towards the Mississippi River and the Arkansas floodplain. At 112,000 sq. ft., about 25% larger in size than the existing facility, the program provides expanded galleries that will showcase the permanent collection and temporary exhibitions and purpose-designed spaces that will provide needed classrooms, theater, dining facility and museum store. Collections storage and art handling areas will more than double. A sculpture garden will provide opportunities for changing displays of works of art as well as for civic gatherings and public performances, while a large subterranean garage will accommodate parking.

“The reimagining of the Memphis riverfront presents a once-in-a-lifetime opportunity to enhance the Brooks’s capacity to serve the community and at the same time create an inspiring work of architecture that reflects Memphis’s unique culture, history and location,” says Deborah Craddock, president of the Brooks board. As the Brooks shared, first-phase development is underway on plans to connect six miles of the riverfront with parks, walking paths, and civic and recreational structures, as conceived by the Chicago-based firm Studio Gang for the Mayor’s Riverfront Task Force in partnership with Memphis River Parks Partnership.

“The Brooks’s new location is an economic stimulus for the city and region that will boost private development and job creation—we’ve seen it happen in other cities,” says Mayor Jim Strickland. He continues, “For the first time in decades Memphis is restoring its connection to the Mississippi River waterfront and the public promenade our founders envisioned there. In our bicentennial year, we are again embracing the Mississippi River as our greatest asset.”

The architect selection committee’s unanimous decision, ratified by the Board of Trustees, comes after more than a year of planning and research entailing a comprehensive internal planning step; public engagement sessions; the casting of a wide net for qualifications (RFQ) to a global range of architecture firms with extensive experience in museum design; and a day-long site visit in fall 2018 for interested architects. Twenty-two firms from around the U.S. and world, including four from Tennessee, responded with detailed submissions. The committee then visited relevant buildings of a short list of candidates and, as a final step, held interviews on-site. Finalists were: Diller Scofidio + Renfro, New York; Johnston Marklee, Los Angeles, Cambridge, MA; and Office for Metropolitan Architecture (OMA), Rotterdam and New York.

“We have selected Herzog & de Meuron to partner with us because we respect their design philosophy: each project design evolves from a different and fitting formal response to the site and is then realized with unrivaled sensitivity to materials and craftsmanship,” says executive director Emily Ballew Neff. “We are thrilled to have been selected to work on the new Brooks,” says Jacques Herzog, co-founder of Herzog & de Meuron. “In writing the next chapter for the Brooks Museum and its collection, we have to look to the future, while being cognizant of a rich history.”

The Brooks’ building project is primarily privately funded, with a substantial portion of the cost already secured from individual patrons and arts supporters. The museum anticipates that it will take four to five years to design and build the facility. The museum expects to unveil the design in early 2020. 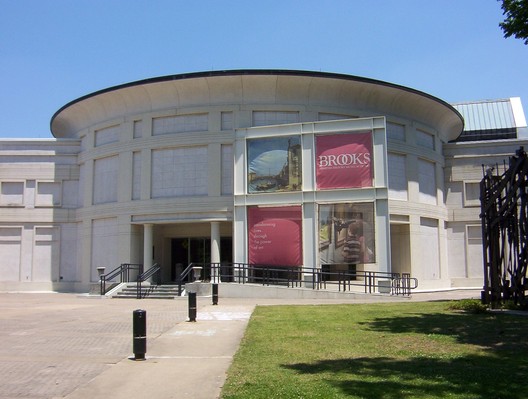