UK-based QuickQuid has released a series of commissioned images showing seven of London's iconic landmarks in cross-section. Completed with senior researcher David Cross and architect Laurentiu Stanciu, the project aims to show how the "clockwork that makes them run is just as exciting as their silhouette on the skyline." Dubbed Cutaway London, the project was made to inform and inspire UK residents and tourists alike. 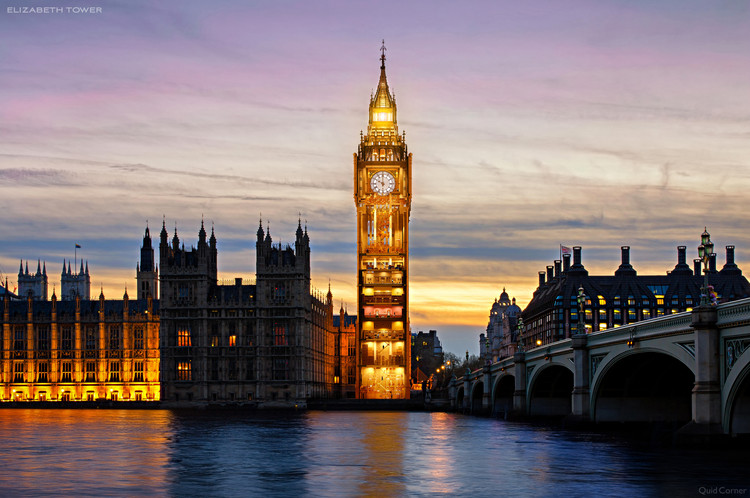 Neomam Studios partnered with QuickQuid to produce the images. The project was designed as a way to inspire Londoners to rediscover some of the most iconic buildings and landmarks in their city as an invitation for them to see these structures in a new light. As they state, "Our focus is to bring something positive to the table, something beautiful and awe-inspiring that will spark Britons’ curiosity, encouraging them to experience London through the eyes of a tourist." You can discover all seven buildings below.

Quid Corner: Although often referred to as ‘Big Ben’ – this famous landmark is actually called Elizabeth Tower and ‘Big Ben’ is the 15-ton bell that sits inside the top of the clock tower. In addition to the literal clockwork that keeps the building operational, the tower boasts a prison room specifically intended for naughty politicians from the Houses of Parliament next door; its last involuntary guest was MP Charles Bradlaugh in 1880, but stay tuned for updates. Other ‘treats’ across the tower’s eleven floors include a mini-museum, a storeroom, and 334 steps (plus another 59 to the Ayrton Light which comes on when parliament is in session). In fact, there’s no elevator – which is one reason this cross-section might be the closest you get to a look around.

Quid Corner: The enormous glass pickle at the heart of London’s financial district is mostly made up of offices working in the insurance sector. While it may look smooth from the outside, there’s plenty at work under the skin. Norman Foster’s design is highly energy efficient. Exposed shafts under each floor expel hot air from the building in the summer, and utilise the sun’s heat and light in the winter, so that the building uses half the energy of similarly-sized buildings. There are restaurant/dining rooms on the top levels, and a club room at the peak which offer 360-degree views over the city. Believe it or not, the dome’s arch is the only curved piece of glass on the building’s exterior.

Quid Corner: The Barbican is a cutting-edge arts venue at the heart of an epic brutalist estate, which required over 200,000m² of concrete for its ‘tooled’ finish alone. The cultural centre is nestled twenty metres below ground level in order to comply with local building restrictions. It’s described as ‘the hull of a large ship in which much is contained below the water,’. If it’s hard to get an overview of such an enormous complex from the outside, from the inside visitors experience a kind of puzzle, with levels at multiple heights interlocking via semi-exposed walkways and stairwells.

Quid Corner: The former Millennium Dome is the planet’s largest (supported) dome, and has risen to become the busiest music arena in the world. Originally designed for a year-long Festival of Britain-style series of exhibitions and experiences, the structure was repurposed into a stadium over a four-year period in the mid-noughties. Developers capitalised on a complexity of structure that belies the dome’s superficial simplicity. Rainwater that runs off the curved roof is collected, treated, and pumped back in to flush the arena’s toilets. The super-thin glass fibre fabric is pinned to supporting cables by over 20,000 clamps: the 100-metre masts that hold it up are what disqualify the structure from being a true dome in architectural terms.

Quid Corner: No type of structure quite says “hidden complexity” like an underground rail network. And few hubs are so busy and expansive as Kings Cross. When the original station opened in 1851, its twin 800ft train sheds were praised for their simplicity. But high demand has required major overhauls over recent decades. The new steel and glass Western Concourse was part of a £500m redevelopment ahead of the 2012 Olympics. Seen from inside, its epic roof “rises up a great steel stalk in the centre and then spreads into a tree-like canopy of intersecting branches, before descending into a ring of supports at the circumference. In so doing, it avoids the need to drop columns into the ticket hall of the underground station underneath the main space,” as described by The Observer’s architecture critic Rowan Moore.

Quid Corner: The present Royal Opera House is the third to have occupied the plot: the previous two were lost to fire, with the latest iteration opening in May 1858. However, the building received a major £178m revamp in the 1990s. The Floral Hall, an iron and glass structure designed by E.M. Barry as both a flower market and ballroom, was transformed from its distinctly fading glory into a new social space with bars and eateries. A peek behind the Bow Street grand classical portico is a true glimpse behind the scenes, revealing just how the action comes together on stage.

Quid Corner: The headquarters of the UK government and official residence of the Prime Minister (or technically, of the First Lord of the Treasury, a role that is usually held by the PM), Number 10 is actually comprised of three separate 17th century buildings which have since been connected. “The scene of hundreds of years of top-level decision-making, it is also the product of hundreds of years of incremental adaptations, repairs and restorations,” writes one of the building’s biographers, “…much about No. 10 is the product of historical chance, rather than design.” The cutaway shows a suite of drawing rooms on the first floor, with offices and the PM’s meeting room/den (centre) below. All in all, the building contains around 100 rooms – hardly the modest terraced house it appears from the front!

Barbican. (2018). Our building Our architecture. barbican.org.uk 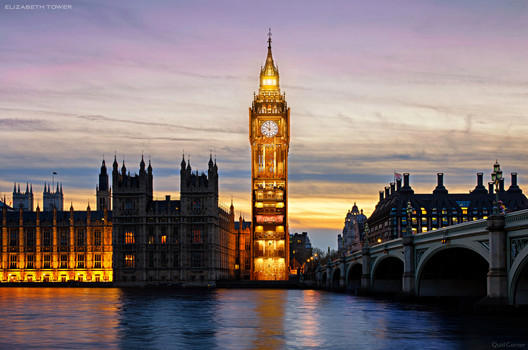