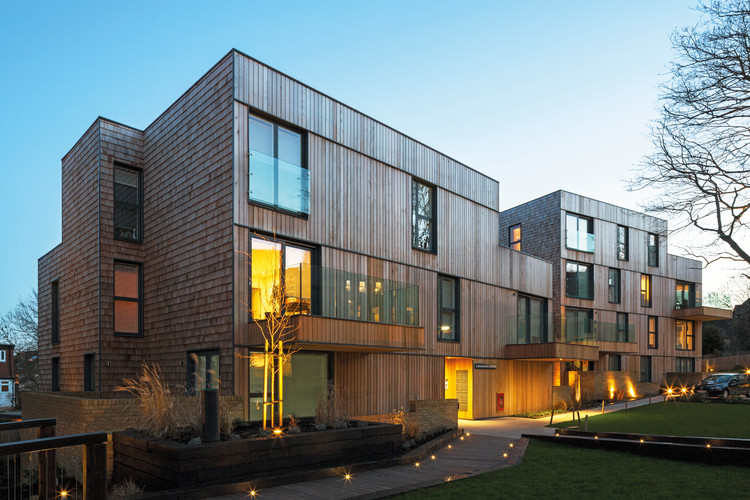 Previously a backlands site, Bryden Wood developed a design inspired by the plot’s unusual slopped gradient and potential for green spaces. The scheme sits neatly within the stepped infill site and in close proximity to the new garden by Davis Landscape Architecture.

Given that the site sits within a typical Victorian terrace, local residents were concerned about a new development’s effect on it’s traditional character. Bryden Wood purposefully built units to the proportions of neighbouring homes, meaning preservation of original sightlines and privacy for both new and old occupants alike. The design also means that Churchwood Gardens, despite its size, is virtually hidden from sightlines of the streets.

All units at Churchwood Gardens are designed to the principles of the National Housing Federation’s good practice guide, the London Plan requirements. This results in generously spaced interiors of apartments, treated to rich amounts of light from full-height windows in living space and bedrooms, and decking and balconies that open out onto the landscape of site. These spaces promote further integration with the external spaces to occupants, without sacrificing privacy.

Red-timber Cedar cladding was used for units at Churchwood Gardens, chosen to create a soft texture and colour furthering the urban garden feeling of the overall site. Two distinct patterns were used to subtly demarcate between more open and private spaces, with cedar board used for open areas and cedar shingle for exteriors facing neighbouring properties. Designed by Davis Landscape Architecture, the garden was created to serve the residents with something more than just outdoor areas. The leafy garden pairs relaxation spaces and a central glade alongside practical, green elements such as log structures and spaces for composting.

Churchwood Garden incorporates several components that increases the scheme’s sustainability, promotes biodiversity and reduces its impact on the environment: these include Sustainable Urban Drainage Systems, photovoltaic panels to generate ‘clean’ renewable electricity, and green roofs and improved built fabrics to converse energy usage. Catering for not just local human population the design was additionally sensitive to the context of the site by allowing for flight paths and habitats of a nearby bat population to remain undisturbed.

Director of Bryden Wood, Paul O’Neill said of Churchwood Gardens “Rental accommodation, especially in London, isn’t known for its character or quality. So with Churchwood Garden we had the opportunity to build a housing scheme that offered both. Though the site was a challenge, by embracing it’s unique aspects and working with a developer that wanted something beyond the norm, we’ve delivered housing with a tranquility and individuality for residents.” 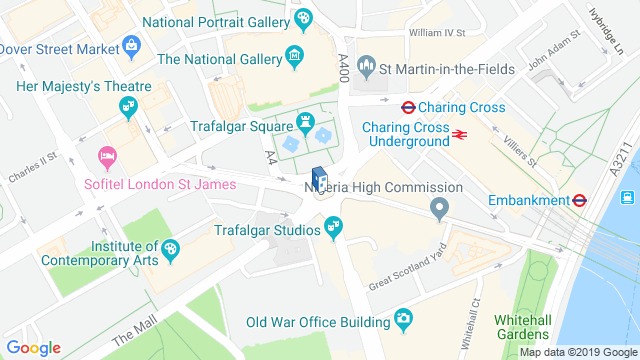 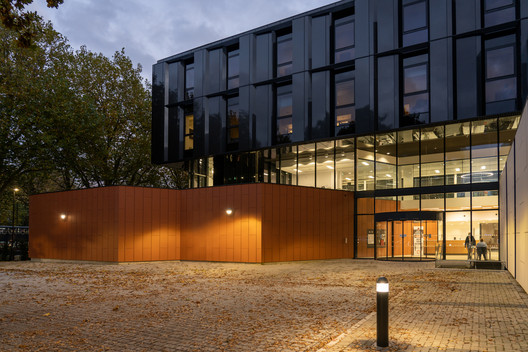 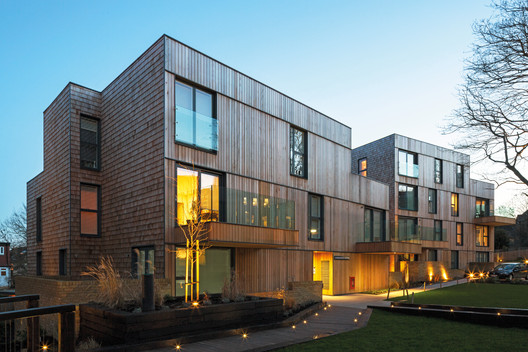