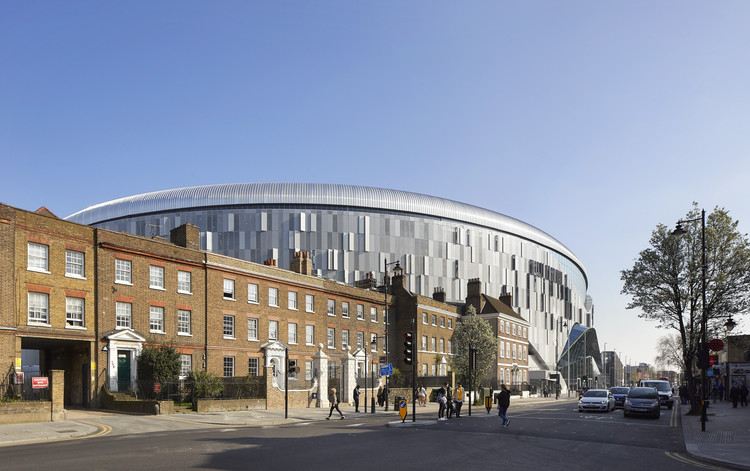 Text description provided by the architects. With a capacity of 62,062, the new stadium becomes the biggest club stadium in London and, by incorporating a fully retractable pitch, the first in the world to be custom-built to stage football and NFL games. The stadium has been designed to generate one of the best match day atmospheres in the world, with uninterrupted sightlines and spectators closer to the pitch than at any comparable ground in the UK. The stands are angled at 35 degrees — the steepest angle that UK guidelines recommend — to create a tighter, atmospheric stadium bowl which focusses towards the southern ‘home end’, where 17,500 spectators will come together to generate a ‘wall of sound’ in the largest single-tier stand in the UK.

The areas at the front of the stand, as well as the away support’s section, have been future-proofed for safe standing, with a first-of-its-kind design that gives equal precedence to safety and comfort. The rows of seating are separated by an ergonomically profiled bar set at 900mm for clear sight lines. Each of the seats, which provide the same levels of comfort and legroom as in all other areas of the stadium, is fitted with a lock to ensure it can be securely fixed in the upright position.

A concert-hall inspired acoustic set-up, which amplifies the noise inside the stadium, will add to the atmosphere and spectator experience. Wireless connectivity is available across the venue and will enable fans inside the stadium to connect with and share their live event experiences with other fans across the globe. The stadium’s sculpted appearance has become clear; wrapping and folding its way around the stadium before reaching the home end, where a glass façade arches upwards to reveal the huge single-tier homestand, and a curved roof, which melds together with the stadium structure to create a graceful and elegant clean cover over the seating bowl.

The façade is dynamic, responsive to the changing light. By day, the façade’s perforated screens partially shroud what’s going on inside, but at night they act as a lantern, highlighting the activity within. A five-story high glass atrium at the south end will provide a new meeting place for home supporters before and after the match including an open food court bathed in natural light. This spectacular entrance provides a glimpse of life within the stadium and has been designed to create a sense of arrival from the station. 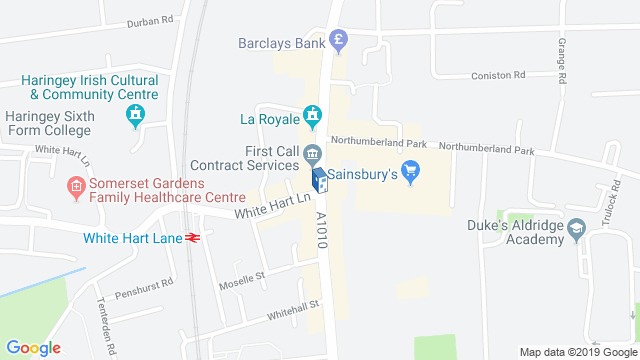 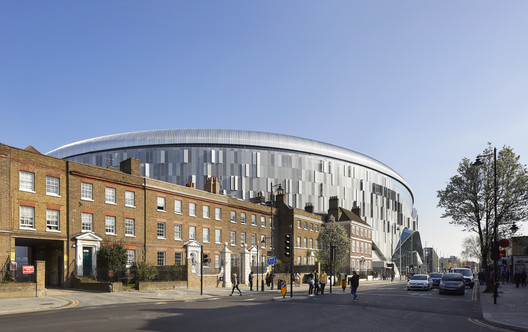