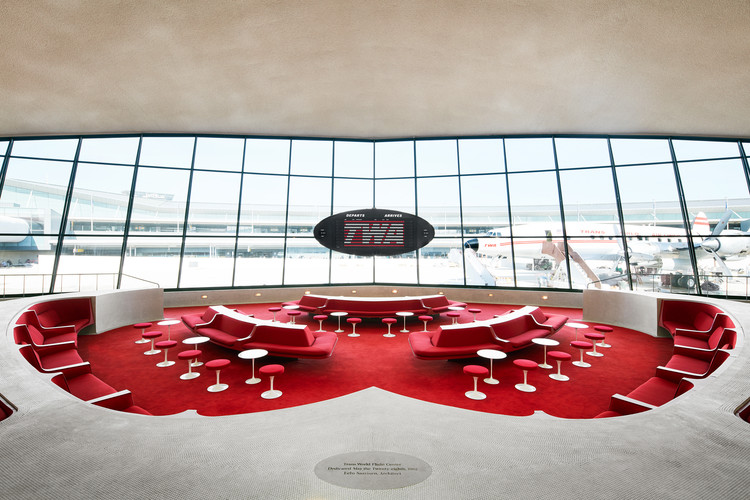 The original terminal opened in 1962, epitomizing the glamour and optimism of the Jet Age. Designated as a city landmark in 1994, the building was closed in 2001 and listed on the National and New York State Registers of Historic Places in 2005.

Among the standout features of the new hotel are a sunken cocktail bar in the historic chili pepper red-carpeted lounge, and a Lockheed Constellation “Connie” L-1649A transformed into a cocktail lounge. A rooftop infinity pool and observation deck will offer views over the runways, while the world’s largest hotel gym will measure 10,000 square feet.

The project involved 22 government agencies and more than 170 firms. Turner Construction Company began work in the fall of 2016, with roughly 450 union tradespeople on site every day. The building was opened by New York Governor Andrew Cuomo and Tyler Morse, CEO of MCR and MORSE Development, on May 15th 2019. 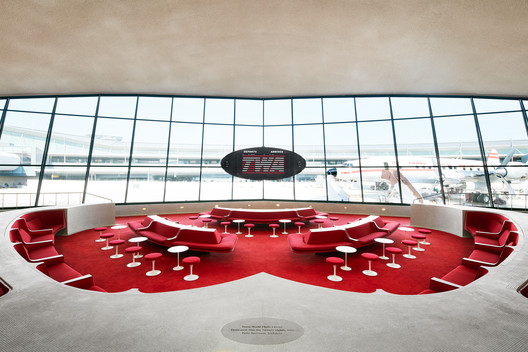