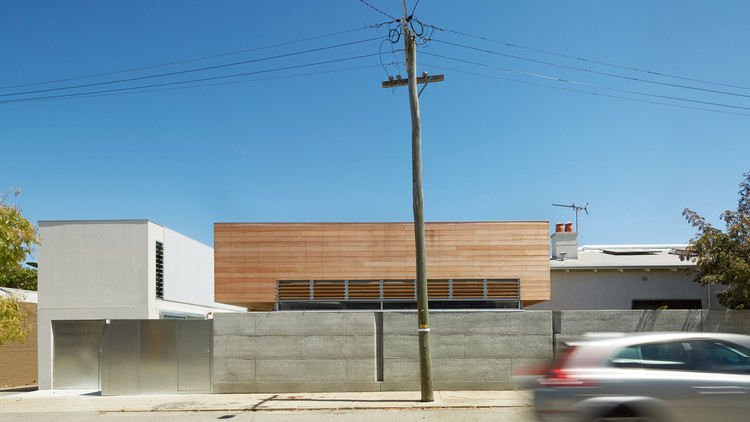 Text description provided by the architects. The alterations and additions to this semi-detached worker’s cottage, located in a small historical precinct just north of the Perth central business district, attempt to deconstruct the traditional Australian notion of the ‘suburban backyard’. Whilst still retaining the character of the original dwelling, this transformation blurs the distinction between inside and outside, interior room and exterior garden, typical of this vernacular condition.

The outside spaces are re-articulated as ‘rooms’ in their own right, engaged and incorporated as integral parts of the planning, with the interior spaces reaching out to them. Like a kind of small city within the city, the house explores notions of built fabric and open space and the relationship that exists between the two; rather than being an object in a landscape.

The relatively small 300sqm corner lot, addresses both streets and respond to its context and orientation through volumetric articulation. Small external ‘rooms’ are stretched vertically or horizontally, amplifying the scale of the small spaces within the site. The proposal respects the primary heritage street frontage and aims to co-ordinate the secondary streetscape, by introducing larger volumes at the rear.

For the architect/owners the project became a laboratory for testing ideas and exploring building technologies, finishes and detailing. A hands-on experience that lasted about 8 years. It is an attempt to abolish the threshold; spatially between inside and outside, physically between designer and maker and contextually between object and neighbourhood.