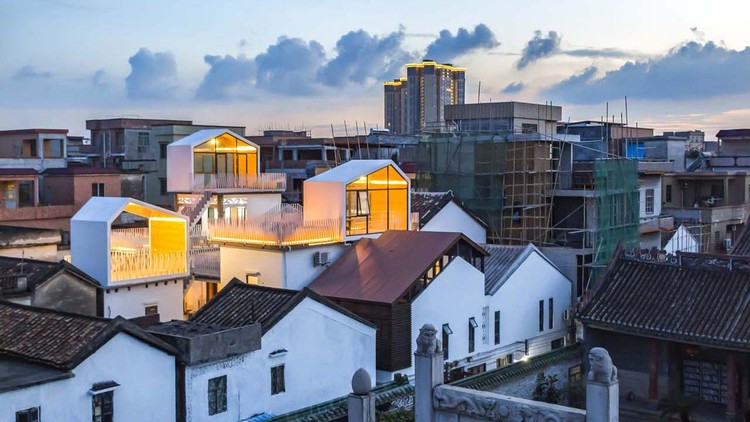 Text description provided by the architects. White House Homestay Cluster Project is located in Xinji Village, Mayong Town, Dongguan, a typical rural area in the suburbs of the Pearl River Delta. In Xinji Village, we adopted a scatter-style update method to transform an old, derelict and culturally valuable old house scattered throughout the village to create an open-minded community, which is mutualistic with the local villagers.

Rural areas of China were originally a society that strictly respected land ownership, which made the concept of design sharing difficult to achieve. Therefore, in the design of the core group of the whole community, we use the adjacent four rented houses to break the wall between the houses and raise a public space - the yard of the four houses, the auxiliary space, the aisle space, the terrace Spaces and other public spaces that originally belonged to the interior of a single house are all brought together to sort out a public space system that can adapt to new usage functions, so as to solve the problem of lack of public activity space in the entire white house and homestay community activity center.

After the project was completed, the core group naturally became a public space that radiated the entire white house community. The White House team held a number of rooftop concerts here, and many rooftop barbecue parties, participants of these activities, in addition to operators and homestays.Guests, as well as the elderly and children in the village. Due to the existence of this rooftop public space, the local villagers and foreign guests have more intersections, and the exchanges between them are more harmonious. The designers originally thought of the scattered, symbiotic old village renewal and the attitude of the hotel life got a great implementation. 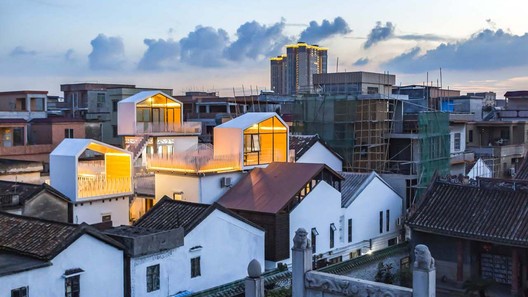