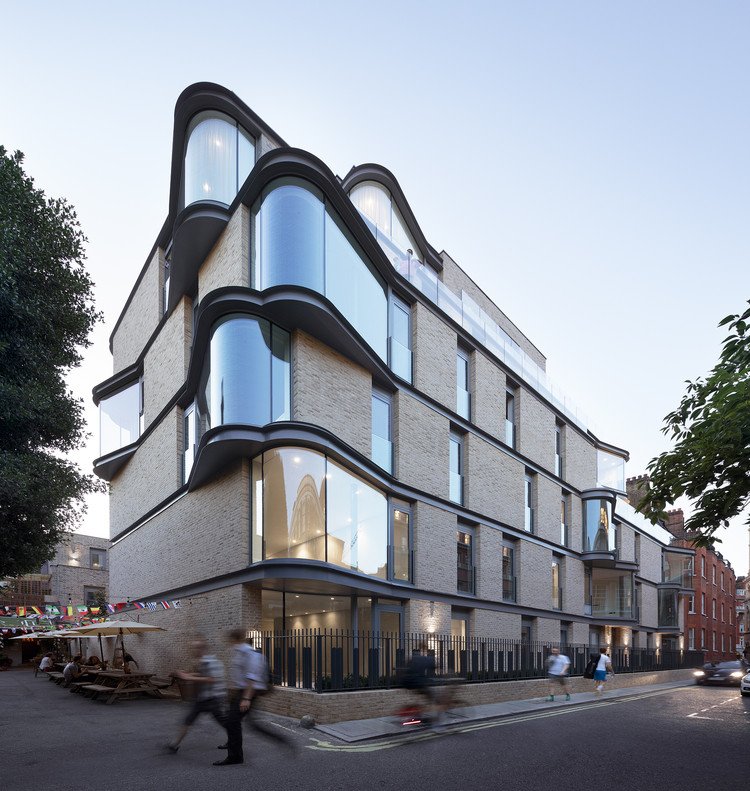 Text description provided by the architects. High-end residential development is a boutique development of 28 apartments and 3 townhouses in Central London. It is located in the historic Birdcage Walk Conservation Area of Westminster. VI Castle Lane is minutes away from the Buckingham Palace, the Royal Parks and Westminster Cathedral.

VI Castle Lane revisits a recurring element of English architecture through a novel interpretation of the bow window. Introducing contemporary design in a highly protected conservation area, the project’s complex volume uses its curving walls to negotiate conflicting urban scales; from mansions to townhouses. Strikingly protruding in and out, the curved glass extends tangentially from the building to enlarge the living space inhabiting the street as a hovering semi-external spatial experience.

Designed by Michel da Costa Gonçalves (DROO) with the collaboration of Nathalie Rozencwajg the project was initiated by Land Securities (realised by Sons & Co.) with the particular brief of creating an innovative residential development in the midst of Heritage settings. Dealing with a complex site, spanning over two streets of different character, DROO devised an architectural response to ensure continuity whilst introducing a unique design.

The particularity of the site resides in siting in between two distinct urban forms, with traditional London townhouse rows to the west and on majestic Victorian Mansions to the east. In addition, historical sediments of legal and regulatory constraints accumulate to form a finely tuned and highly complex volume. The mansion sized core building is merged with domestically scaled volumes of interpretive townhouses.

The dichotomy of scales between the taller apartment blocks and townhouses is resolved through the sculpted volume of convex and concave bends of curved glass. Simultaneously responding to local constraints and offering a new spatial typology, the façade plane “peels off” into novel bow windows.

Michel Da Costa Goncalves, DROO  says, ‘The extensive cataloguing of surrounding architectonics, both of window elements and brick masonries, resulted in the asymmetrical design extending tangentially from the façade plane. The novel bow window progressively moves from planar to tightly curved glass thus creating augmented visual effects both in an out. Elegantly extending from the building to enlarge the living space, the bow window devises a semi-external spatial experience, offering spectacular views of the city from within. A floating space; simultaneously inside and outside. 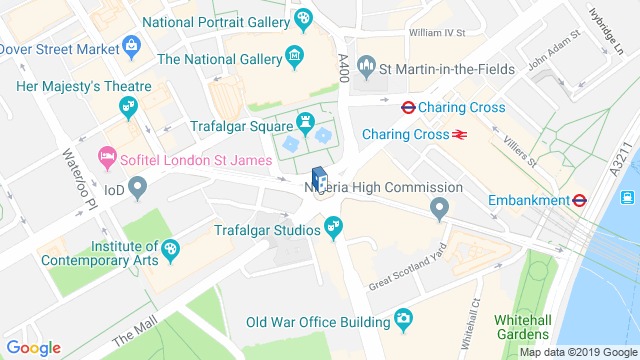 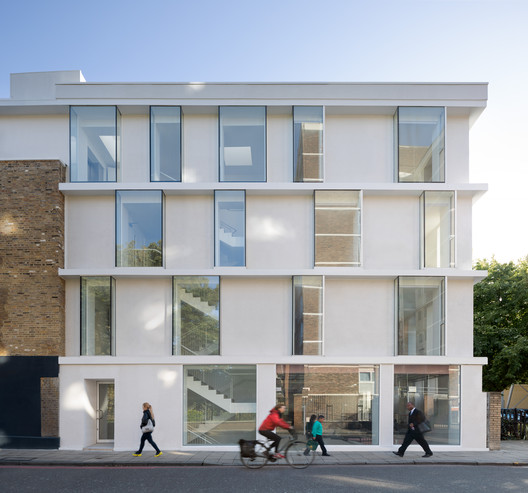 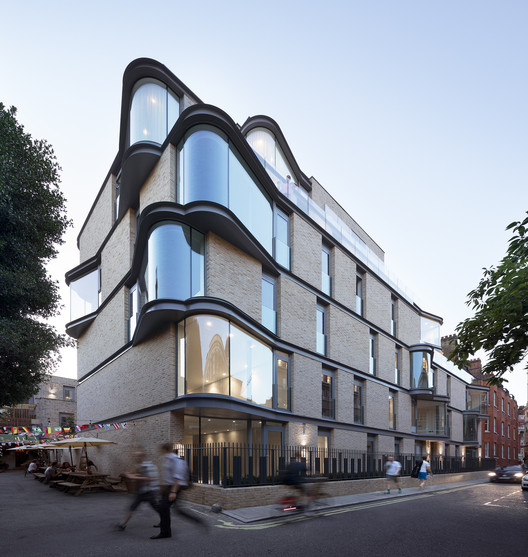