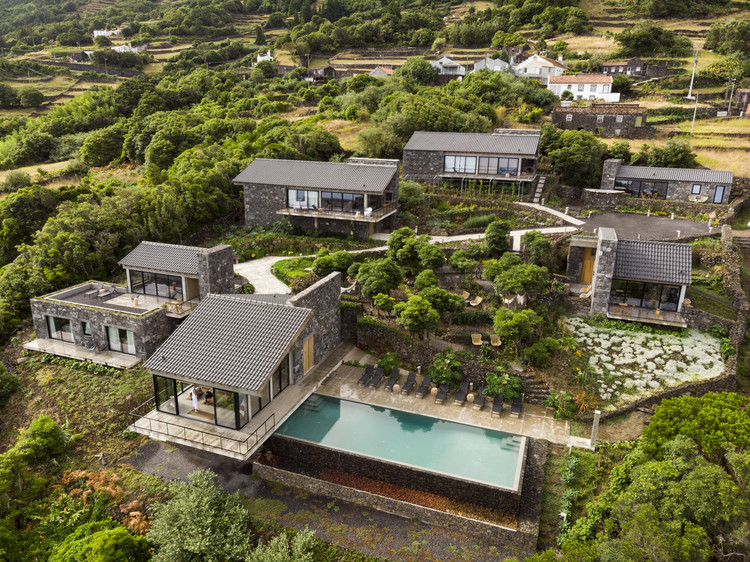 Text description provided by the architects. With a unique landscape, cultural heritage and environmental surroundings, where calm and tranquility predominate on the natural environment. A home away from home, in a lost paradise.

The parish of Santo Amaro, located on the north coast of the island, is 20 km away from the county main village. It has a population of around 300 inhabitants, known for its hospitality and well-being, attracts more and more tourists every year.

The view to the West allows to observe the whole bay of Santo Amaro ... and allows to see the top of the mountain of Pico, in day of little cloudiness.The grounds were chosen for their natural beauty, flora and the existence of several ruins, which give a picturesque tone to the enterprise. The development is crossed longitudinally by a canada - Way of the Voltas - that belongs to the Railings of the Azores - Pico. The canada was kept untouched, with the integral preservation of the floor and the walls. On the grounds were two ruins of old houses, as well as some ruins of animal pens.

Our positioning is based on the conservation of nature, environmental quality and the safeguarding of the historical-cultural heritage and local identity.All housing units are equipped with photovoltaic panels, heating is done by salamanders to pellets, cooling is done by natural ventilation, water tanks have been kept for use in the irrigation, and the drinking water served is filtered local water by an active carbon system.

With the dimensional characteristics of the lots and the steep slope, terraces, the ruins, as well as the new proposed houses, will all have privacy as well as a large surrounding green area and still full and panoramic sea views, both for the Canal and the Island of São Jorge, as well as the bays of the island of Pico, beautiful sea recesses along the parishes of Santo Amaro, Praínha and São Roque.

SUSTAINABILITY
The project was designed to alter as little as possible the topography of the land, so that the integration of the houses was as harmonious as possible.

In the design of the resort local materials were used, namely the stone and the wood of criptoméria, in the interiors and exteriors (ceilings, facades, some furniture).

Materials were used that allow the thermal and acoustic insulation of all houses. All windows and glass doors of the development are double-glazed.

In the gardens, we introduced local plants, many of which were endemic, and preserved the species that existed initially.

We do the total separation of the garbage for recycling. We kept the old tanks (cisterns), with use of rainwater for irrigation.

The heating of water is made using energy-efficient heat pumps, coupled to photovoltaic panels that will potentiate them, minimizing energy consumption and preserving the environment. The heating of the houses is done through  pellets stoves, a clean and renewable energy.

In the lighting of the whole project were used led lamps and some have a motion sensor (for example, in the bathrooms of the restaurant). The lights of our houses are connected by card so that they are not lit during the absence of guests.

Most of the products used in our restaurant (meat, fish, honey, jams, vegetables, fruit, eggs, cheese, butter, etc.) are produced on the island. 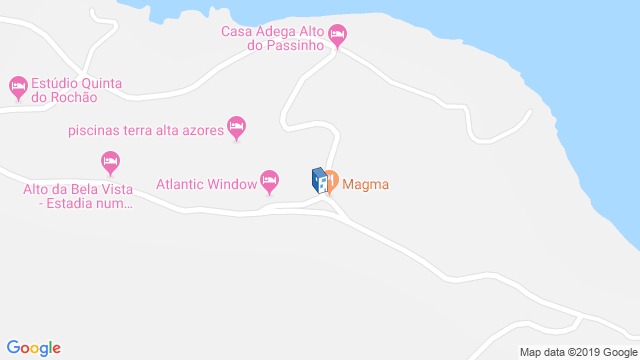 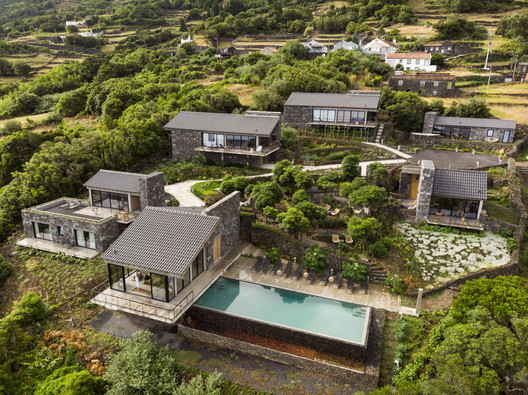