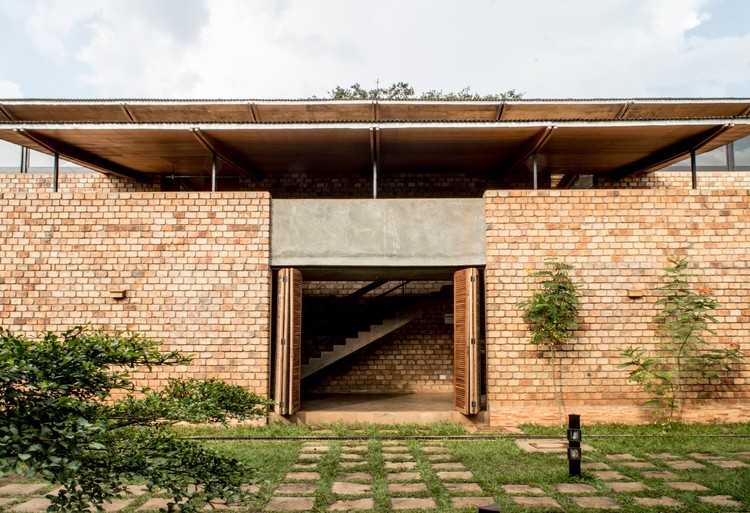 Text description provided by the architects. A dormitory was built as a residential school for 50students from sub-Saharan Africa to prepare them for entering universities abroad. It is located in a rapidly urbanizing town, 13km from Kampala, the capital city of Uganda. It stands right on the equator but high above sea-level. The building is designed to respond, simply, to the climate, with tall walls positioned East-West to maximize shade, and large openings facing South and North - that bring wind and light deep into the rooms. It comprised of classrooms, both male and female dormitories, staff quarters, a canteen, kitchen and also office for staff.

In the enclosed site, the biggest challenge was to keep a proper distance between quiet individual activities and group activities. Rooms that share a space between two brick walls - 3 and 4 meters wide spaces called 'bay' - are united, while those that stand each side of the wall are separated. Besides the span across - and unified - three 'bays' is large enough for the whole community to gather in. We noticed that the local people spent hot days outside - in shade and in the breeze - and we followed the same principle by positioning long walls on east and west sides to give shadow, and by making large openings on North and South facades to draw wind and light deep into the rooms.

All materials and construction technologies were locally sourced - with respect for the local culture.  The variegated red bricks were carefully selected and the walls were carefully built. It is because the visual weight and thickness lend the building a sense of security, like the trunk ion a big tree that is rooted deeply into the Earth, which makes people want to touch or lean on it. Through the long process of construction, masons and laborers found pride in their own bricks that they originally thought had no value. 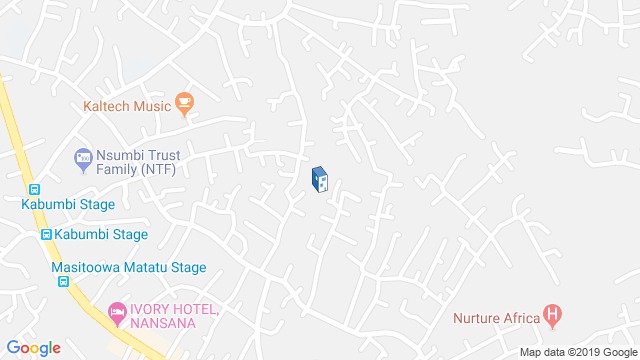 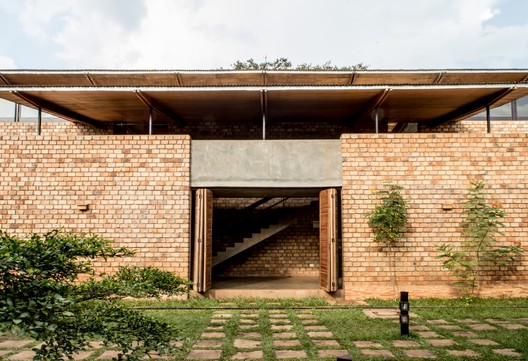