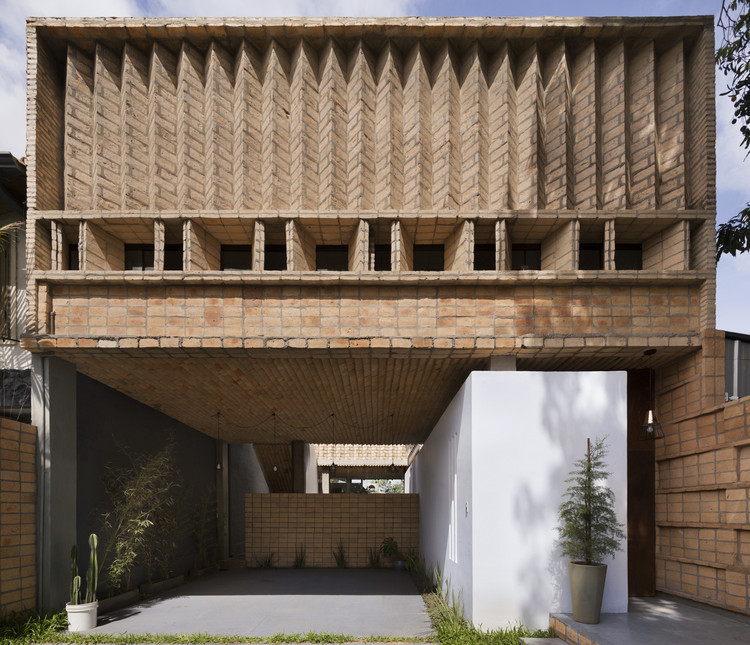 Text description provided by the architects. The human being, helpless and deprived of tools, decides to transform his habitat. Given the need to protect himself and others, he builds his own cavern. Over the years, he domesticates the fire and then discovers the earth under the fire becomes a rock. Today 70,000 years later, we continue to build using the same materials as our ancestors, with water and earth, and the purpose remains the same: to protect those we love most, and to protect ourselves.

María Emilia House is the product of experimentation. The bricks were carefully placed, sometimes on the floor and then raised in the form of panels against plumbed tutors, and in others simply with the aim of relieving the slab. Located in Barrio Jara, one of the traditional neighborhoods of the capital of Paraguay, in a residential area, without many tall buildings and with increasingly smaller and more expensive lots. Asunción has a warm and humid climate it is where we live and built this house, in an urban plot of 8 x 40 meters, in an elevated area of the city near the Paraguay River.

The house was originated from two volumes connected by a bridge. A succession of patios illuminate, ventilate and give life to the house. The commission consisted in the construction of a house with 3 rooms, living room, kitchen and garage. From the beginning we proposed to build the house in stages. We would first build the social sector and a room in the ground floor, since these were urgent needs for their lifestyle without children, and during the process we would evaluate the progress and come up with some constructive strategies to get the job done.

The house consists of two floors, the upper floor is where the intimate sector is, and consists of two facing volumes of 5 x 8 meters joined by a bridge of 5 x 2.5 meters. This is all supported by pillars, modulated to coincide in vertices of the housing that shelter the ground floor in which social spaces are developed.

Due to the site conditions, the structure consisted of  piles and slabs that are 25 centimeters thick, which entails a great economic cost. To reduce this cost, we placed cubes of brick of 25 x 25 x 16 cm inside the formwork, distributed throughout the slab and a brick ceiling that allowed us to avoid thickness and terminations. With this system we reduced the thickness of the slab to 5cm, whick works as a compression layer, and nerves of 12cm. By replacing ceramics with concrete, we get a lighter slab and, most importantly, more economical.

The house generates an internal journey in which different sensations are experienced with textures, light and shadow. The house is, as it was the case for our predecessors, the meeting place, the place where life is seen. The house tries to find, within the usual materials, a new range of construction opportunities for other people, setting the bases for knowledge from the experiments carried out. The succession of actions, as well as the patience and effort, allowed us to finish the house: around 200 square meters of problems solved. 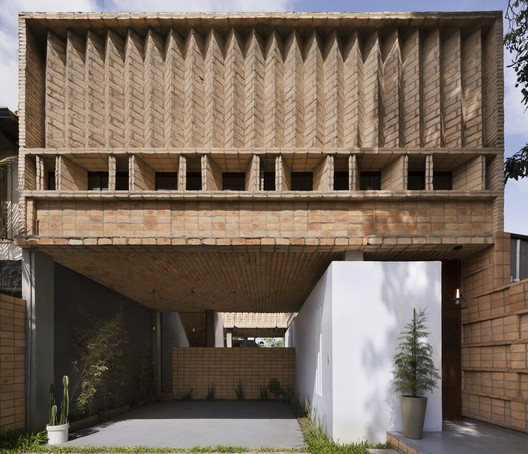