Save
Lobby and Public Space Renovation of the Amber Building / KWSD 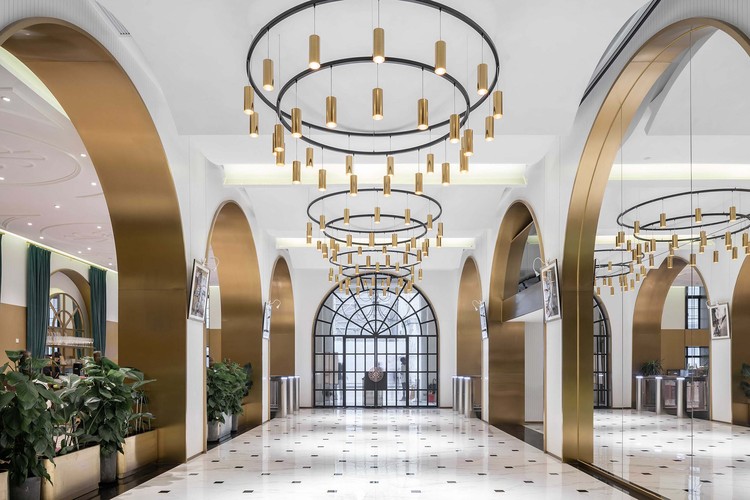 Text description provided by the architects. The Amber Building which at No. 27 Huqiu Road near the Bund was built on 1937. The building was originally the warehouse of the Central Bank but had been idled for many years. The three-story building had been built by several additions and became a five-story inside then.

Refine of the space
In Shanghai, when it comes to Huqiu Road, people will think of the Rockbund Art Museum (RAM), the Peninsula Hotel, Yuanmingyuan Road and the Rockbund nearby, will think of art or a delicate and elegant lifestyle. But the Amber Building which face to the RAM, has been absent from the unban culture for a long time.

At the beginning, the clients wanted to make the whole building to be co-working and use the internal interlayer to create the maximum use of area. But when we participated the project, we rejected it soon.We believed that the most important and the first step was to refine the public space of it, especially in such an important block. We have to do something to create more values and possibilities for the building.

Based on it, we abandoned the whole building's renovation design and turned to the renovation design of public space. We removed some of the interlayers in the front area and made a two-storey lobby with arcade at the entrance to the building. For the distance between the both sides of the neighboring buildings are too narrow to get enough light in, we use mirrors on both sides to make replace windows, which extend the width and depth of the lobby and make it a very bright space.

We created a two-storied “tree courtyard” and a “lighting courtyard" cross to the roof. The lobby and two courtyards which arranged along the depth became the nodes of the space, vision and the transportation links within the building.

Juxtaposition of time
The original structure of the building like concrete beams and columns, steel frames and thin wooden beams supporting wooden floors are rough and beautiful. Some of them even got burnt in an unknown time. It is very impressive and rare among other office buildings on the Bund. With time pass by, the building is no longer used as a warehouse, but increasingly full of precipitation charm.

We use the way of collage and juxtaposition. The new components are exquisite and bright, which respond to the elegance Bund. Whey they juxtapose with the rough original structure, which presenting the tension of time and the dramatic of space, as well as an unexpected artistic experience.

Reborn
The renovated building was opened in early 2018 with new language and vitality. The top floor has become the first Galerie Perrotin in China Mainland. At the same time, it also attracts Lisson Gallery, RAM and many other media, design and art institutions to work in. The opening ceremony and dissemination plan were no longer needed because the rent was soon be full. As a project beginning from strategy and landing in space, it is really a gratification result for us. 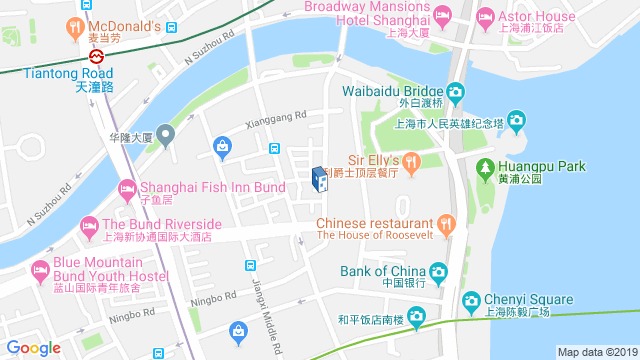 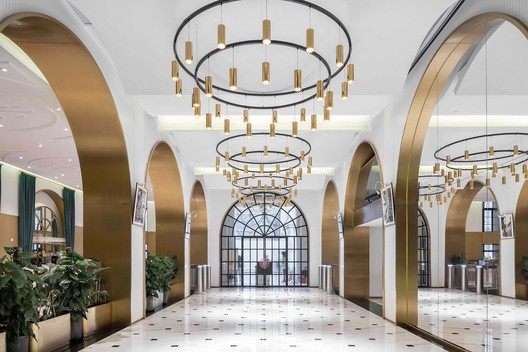