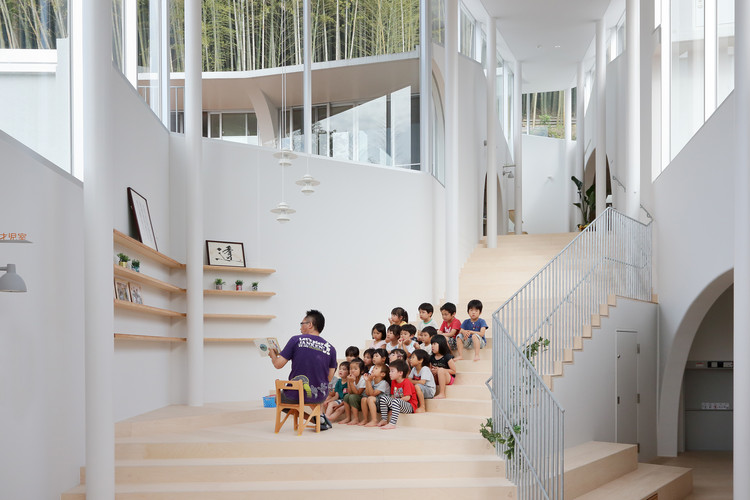 Text description provided by the architects. The concept of this project is to build a nursery according to the terrain. In other words, instead of digging on the slope and violently placing a rectangular parallelepiped building, we defined the shape of the building along the slope. This building is a nursery for about 140 children aged 0 to 6 years.

We arranged seven children's rooms in the shape of a trace of the site and placed stairs at the place where there was a small mountain road originally. The inner wall on the slope side of the building functions as a retaining wall and the walls separating the rooms are embedded in the direction orthogonal to the retaining wall as a rib-structure. It plays the role of both pillars and beams.

The customer's request was to create a space like nature where children can play all day. So we created a variety of natural-shaped spaces by designing architecture that matches the terrain. As a result, this building looks like the three-dimensional and diverse cityscape that is characteristic of Nagasaki City where it’s site. 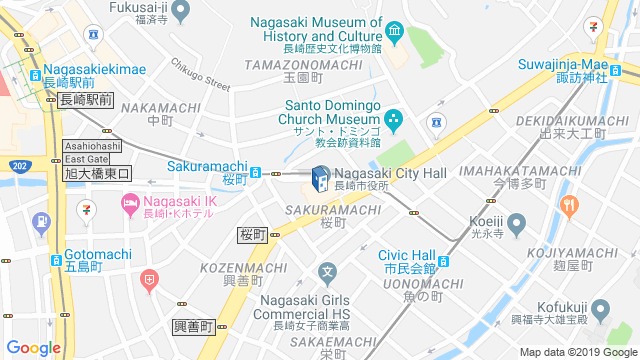 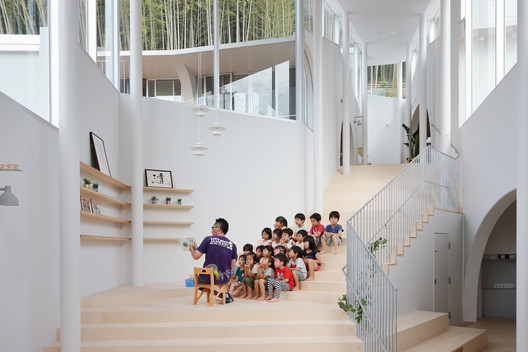