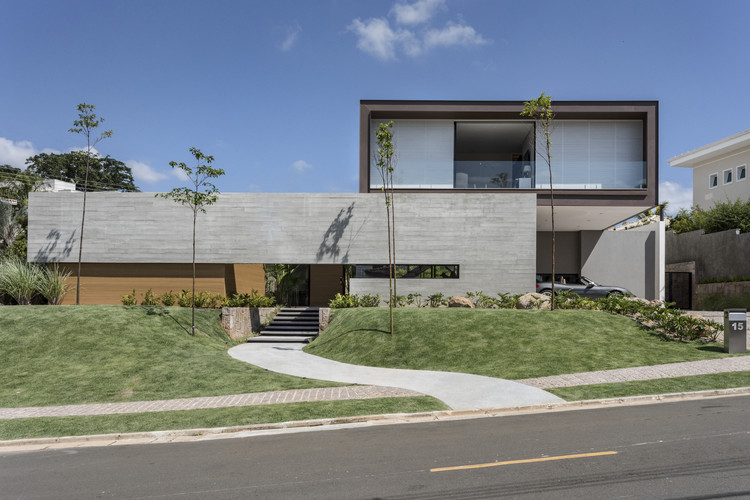 Text description provided by the architects. This project was developed for a couple with three adult children. This page is a top of the field in accentuated aclive, the customers were the one time in the most extents uneven on the ground floor.

For that, we had to set up a house at the highest point on the land. In addition to the traditional program for a two-storey town house, such as social, service and leisure areas, are implanted on the ground floor, and as areas that are implanted on the upper floor, the couple exposes the need for an area and highlight shelter some bikes.

The use of a ground structure, using the reinforced concrete and a metallic structure. On the facade of the house, located in Campinas, one of the discovered patios displays as a key element. A void that connects two volumes and receives the pedestrian that falls through the front and faces a minimalist garden with a large glass cloth that expands the front limits of the lobby.