Save
Changing Metaphors: an Interview between Ory Dessau and Zvi Hecker
Share
Or
Copy

The conversation with renowned architect and artist Zvi Hecker (born 1931) followed Crusaders Come and Go, his exhibition at Galerie Nordenhake, Berlin (June-July 2017). In the first part, Hecker introduces his historical critique of the Modernist turn in architecture and its effect on city planning. He points out the tension between an urbanistic approach and approach which focuses on the impact of the single building. In the second part, Hecker tackles the notion of the architect’s style and positions his work against or in distance to the endeavor of cultivating a stylistic signature. In the last part, Hecker elaborates on a recurring motif in his work, the motive of the open book as a symbol, concept and formal dynamic reference.

Ory Dessau: We begin this discussion with one of the most problematic products of Modern Architecture – Urbanism.

Zvi Hecker: Exactly. Our inheritance is a rather negative one, in no small degree due to the influence of Le Corbusier. His work has justifiably dominated the architecture of the twentieth century.  What is less understandable is his influence on Urbanism of the last century.

One can imagine that if Le Corbusier had remained in Switzerland, he would have, like most Swiss architects, ended up designing small houses in small gardens.
Moving to Paris, the capital of Europe at those times, he decided that his talent required a larger scale, and proposed large houses in large gardens, and called it Urbanism.

Embraced as evidence of progress and a break with the past, this idea resonated with political programs and social doctrines spreading across Europe at the turn of Twentieth Century: first by the Fascists in Italy, then by the Nazis in Germany, the Communists in Russia, and even by the Zionists in Palestine. All were eager to improve the “impure” homo sapiens, just as much psychologically as physically. Marinetti and the Futurists, for example, claimed that pasta made Italians stupid and its consumption should be limited; in Palestine, on posters of the 1930s, the ideal Jew could be mistaken for a tall Scandinavian, blond and blue-eyed.

Greatly improved and having nothing to hide, the new human, of course, couldn’t continue to dwell in the dark backstreets of ancient architecture, in conditions not only unsanitary but also inaccessible to those who see themselves guardians of the improved human race.  The new human should be put on display, in glass houses, in praise and glory of the new regimes.

OD: It seems that Le Corbusier’s proposal resonated with the young architects, carried on the waves of revolutionary enthusiasm.

ZH: True. In the revolutionary environment of the emerging twentieth century, Le Corbusier’s doctrine and its Cartesian coherence conformed ideally with the aims and rigorousness of the dominant political movements of the time. Skyscrapers and large building blocks separated from one another by large open spaces and highways, left the inhabitants detached but easily accessible by the authorities.

Le Corbusier’s concept was embraced also by construction companies, whose activity and profits were proportional to the size of standardized buildings. Buildings separated from their neighborhood and from other buildings, with no need to consider or adapt to the quality of existing architecture, were extremely attractive for the investors.

This union of the ideological and financial, combined with the prospect of huge profits, was unrivaled.

That is how indifferent housing came into being and even evolved in time into places of criminal activity.
However, Le Corbusier himself was never given the proper chance to realize his city planning ideas and, to be fair, is blamed for the sins of his imitators.

OD: Were there at that time other ideas considering Urbanism?

ZH: First let me point out that we also inherited great work from the architects of the early twentieth century. Without any preceding examples to draw from, they enlarged and modernized European cities from Barcelona to London, incorporating waves of new inventions and technology, like sewage, gas, street lighting, electricity, the telephone, mechanical transport -- all revolutionary new systems. Because this was done with such planning and professionalism, these cities still function well for the benefit of their inhabitants and for millions of tourists.

On the other hand, the early twentieth century architects had a much easier task of it because, despite advances in technology and the refinement production methods, the twentieth century had witnessed no innovation that matched those of the previous fifty years.  In Europe, only Tony Garnier in his Cité Industrielle plan, August Perret in the reconstruction of Le Havre, Alvar Alto in his beautiful design for the center of Helsinki, and let’s not forget Jože Plečnik in Ljubljana, continued and re-vitalized the city planning tradition.

In the nineties, in his Free-Zone-Berlin project, Lebbeus Woods proposed unifying the two parts of Berlin through a system of “free zones” and spaces for use of still unknown purpose.
On a smaller scale, our plan for the Center of Bat-Yam in Israel, in 1961, took its civic form from the Forum of Pompeii during Roman times.

It is evident that the architects of the twentieth century were unprepared for the task they faced, not exposed to the study of Urbanism, and its thousand-year tradition. This subject was excluded from the teaching programs of the schools of architecture, replaced by the study of planning of social housing.

In the twentieth century, cars, highways, and elevators made it possible to change modes of living significantly, by expanding the ninetieth-century boundaries of the cities. The most renowned school of architecture, Bauhaus — first in Weimar than in Dessau — was not very successful in endowing architects with the knowledge of Urbanism.  This profession, so crucial for the public good, was left in the hands of bureaucrats.

OD: Do you think that city planning is now in more professional hands?

ZH: I do not know if one can speak about a real change, as the public good and our responsibility to preserve and hand over to the next generation what we have inherited is considered an unnecessary burden for bureaucrats. Clean air, clean water, greenery, good transport, free access to parks should have been the integral component for the well-being of city residents, but actually, from this point of view, Berlin is one of the exceptions.

OD: Mentioning Berlin, where you live and work, one wonders if there are some constant elements in your work despite many changes in your activity?

ZH: It would be easier to note the absence of some elements in my work, for instance, the absence of freestanding buildings. Buildings that one walk around, and wonder about.

There is no real elevation to look at in my school in Berlin. You have to enter inside, even if the inside is still outside. My buildings often resemble a Medieval city, its maximally elongated walls, enclosed piazzas, cul-de-sacs, and courtyards, that provide a sense of security.

In my opinion, a new awareness, not fully formed yet, is developing, related to the concerns of the Middle Ages (hopefully excluding its monastic orders). I feel more related to the Middle Ages than to the Renaissance; after all, I was born in Medieval Kraków, raised in Medieval Samarkand and started my career building a kind of Medieval Karavan Sarai in the Negev Desert.
Uprooted more than once, one is inclined to build a world to withstand destruction. And then you have to wonder if your life offers a clue to the understanding of your work.

OD: Since Louis Sullivan, architects have tried to express themselves about the importance of function in architecture. Looking at some of today’s plans, it seems that this subject has lost some verity. What does function mean for you?

ZH: For me, the theory of functionalism is the contribution to the architectural thinking of the twentieth century. It includes rationalism, economy and the architectural idea, although it’s not a prescription for form and style. You can say that function for architecture is as important as health for high cuisine: it does not provide either form or taste. Both concerns, about good health and about the good functioning of our buildings, reflect our twentieth-century preoccupations.

OD: Do you share the opinion of those that consider you a radical architect?

ZH: I can’t say that about myself, particularly, as I question the significance of the radicalism -- I see it mostly as a frantic pursuit of an icon. It becomes a very commercial venture, claiming originality while using old prototypes that were exploited a long time ago. I hope my work continues the tradition of workmanship in architecture, not in a formal sense but as a credible response to human needs. If there is an element of a basic outlook, it comes only from my personal interpretation of those needs.

OD: Is this personal interpretation of the role of architecture, an attempt to formulate your distinctive voice?

ZH: I don’t think that I am looking for an authentic voice in my work. It will be spurious anyhow.  I’m satisfied with the identity of each of my different projects. I’m not negating, however, a kind of consequent likeness in some of my work.

OD: It is well known that most of your projects are related to a metaphor, sometimes, more than one. What function does metaphor play?

ZH: In the early stages of design, metaphors are well hidden, but they might appear in the long process of design. Metaphors allow me to come closer to the core meaning of the architectural idea. This was the case in the planning of Heinz Galinski School in Berlin. From the start, the metaphor of the sunflower embodied the idea of transmission and absorption of knowledge, which is, after all, what education is all about. But in time, the metaphor of the “Pages of the Open Book” took over to more clearly personify the form of the school.

I believe the development of an architectural idea is comparable to the growth and development of a child’s personality. For the child to grow, our care is indispensable, but we ultimately don’t know what the child will be like when they grow up.

OD: It seems that through architectural sketches, you try to come close to the essence of the architectural idea and the symbolism of changing metaphors.

ZH: Yes, I agree with this definition, in every new project one is in search of its basic idea, which we do not bring to the project, but hope to discover within it. We embrace the idea only when it is ready to inform us about its nature. We do not know where the idea is hiding, its location does not appear on any map, and therefore cannot be reached by any public transport. It’s a disadvantage because, in order to reach such an unknown destination, we have to build our own means of transport. For me, architectural sketches are such a vehicle, and the metaphor is the vehicle’s fuel.

OD: Thank you for the additional metaphor. 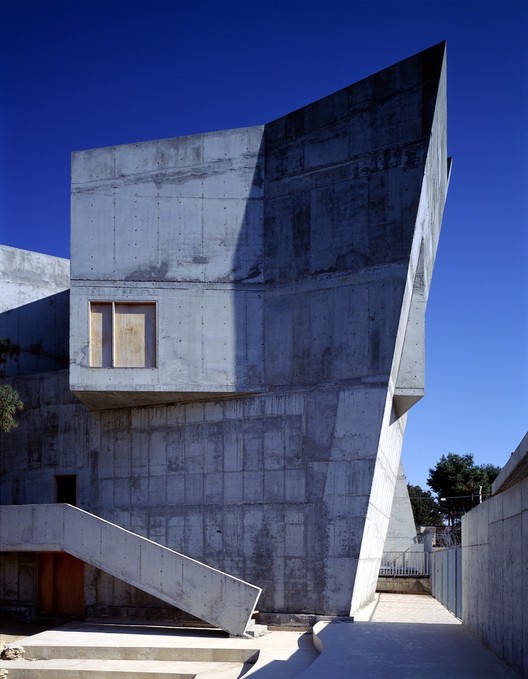