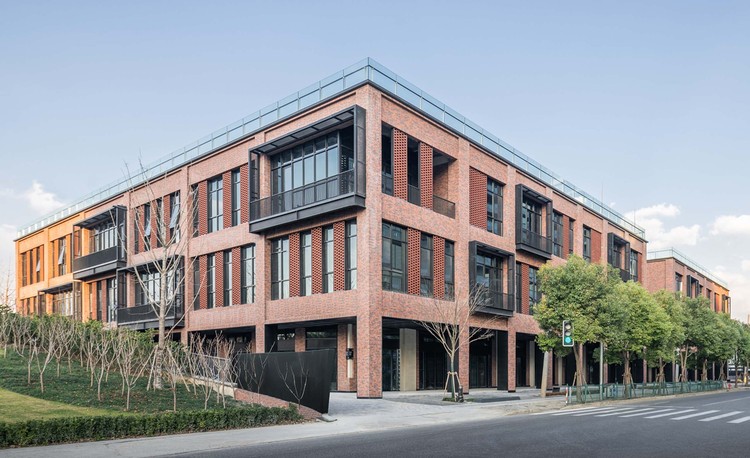 Text description provided by the architects. The In-Bund Office building, just reopened after renovation, is now presenting its new look to the city. Commissioned with the project of renovating the two former warehouses in the original Xinhua Dock area, HPP has redesigned the industrial heritage for SCPG Shanghai, converting it into a lively modern office and multifunction service building, standing at the waterfront.

HISTORY
The Xinhua Dock is located at the south bank of the Huangpu River in Pudong with a history of nearly a hundred years. Built in 1938, the 871-872 warehouses are part of the remaining buildings within the dock area; they have been grown over the decades and adjusted to needs several times since then.

The architecture was constituted of two symmetric parts; both are three-story buildings. Initially, the prominent external features are the concrete staircases and slopes; and in the internal, the octagonal columns with their huge caps, which are supporting the non-beam floors.

ARCHITECTURE
The architectural renovation has enhanced the overall conditions while retaining its original structure; furthermore, the materials used echo to the original features of the building.

The architects have redesigned the façade to let natural light flood in, so as to enhance the interior condition for a modern business spaces.

The building has deep red bricks as its major design elements that were laid with modern patterns, creating a unique style, manifesting the flow from old to new. The external metal balconies have added vibrant traits to the façade while keeping the industrial style and material characteristics with the building.

A setback from the original wall was made at the first floor in the south, north and west sides of the building, thus generating arcade spaces. The design of arcade is a concession of architecture from the urban space, blurring the indoor/outdoor boundary and creating a multi-layered spatial structure for the commercial environment of the first floor.

INTERIOR
The facade materials and the spacial features of the external balconies were further adapted to the indoor design. The new glass roof allows sunlight to flood in, bringing a comfortable outdoor feeling throughout the interior space.

The staircases that were originally attached to the facade of the building in two sides were dismantled, yet their forms were applied to the central hall. The resulting large staircase not only connects the two formerly detached parts together, but also provides public spaces for communication and relaxation.

LANDSCAPE
The landscape design completes the project while forming part of the green belt of the Huangpu River. The roof garden with a variety of public spaces will become the key part of the landscape. The design has combined the aesthetics of Chinese gardens with modern concise measures to create quality spatial environment with a fantastic view to the city crown of Shanghai. 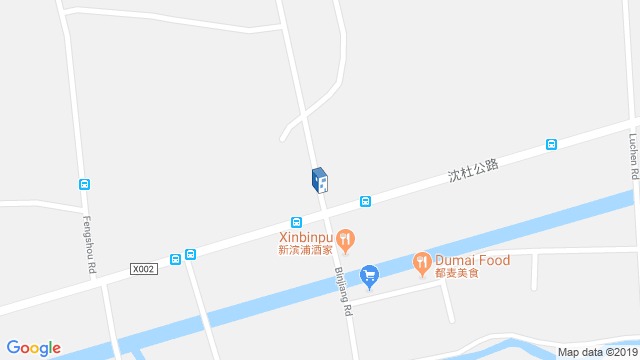 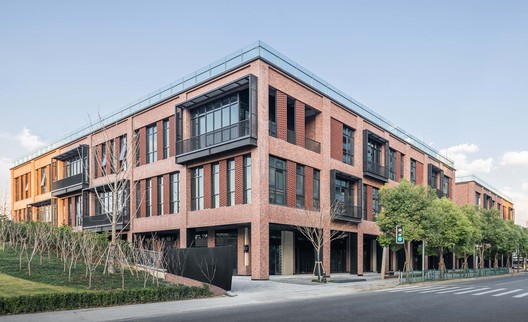