Gehry Partners has unveiled renderings for a new 800,000-square-foot Warner Bros. Headquarters in Burbank, California. The project will include two new buildings designed to be "like icebergs floating along the freeway." Gehry Partners is working with Worthe Real Estate Group and Stockbridge Real Estate Fund to finish the new office buildings in time for Warner Bros.’ centennial celebrations in 2023. 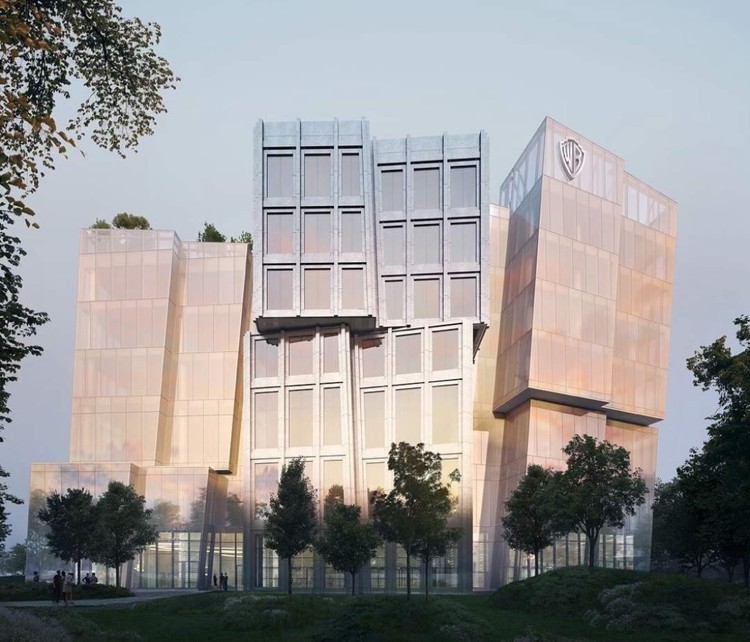 Gehry explained the Warner Bros. design, saying that, "Once upon a time, Hollywood Studios had an important architectural presence in the city. They were like monuments to the movie-making process. With this project, I was trying to recapture that feeling of old Hollywood splendor." The new complex will have a seven-story building and one nine-story building. As part of the deal, Warner Bros. is selling several other properties, including the Warner Bros. Ranch, which has been home to classic movies and TV shows. The companies developing the project will also purchase Warner's Triangle Building, Glass Building, and Wood Building. Warner Bros. will continue leasing space in those buildings until they move into their new HQ; the Burbank Studios and Warner Bros. ranch portions of the deal will close in 2023.

The so-called “Second Century Project” will feature mid-rise office towers in Frank Gehry’s signature fluted and twisted forms. Gehry added, “We created large open floorplates with the single goal of creating the highest quality office space. From the freeway, the buildings are composed as one long sculptural glass facade that creates a single identity. On the studio side, the metal punched facade is terraced to relate to the scale and character of the existing studio buildings.”

The new Warner Bros. Headquarters breaks ground this fall, with Phase I complete by 2022 and Phase II finished in 2023. 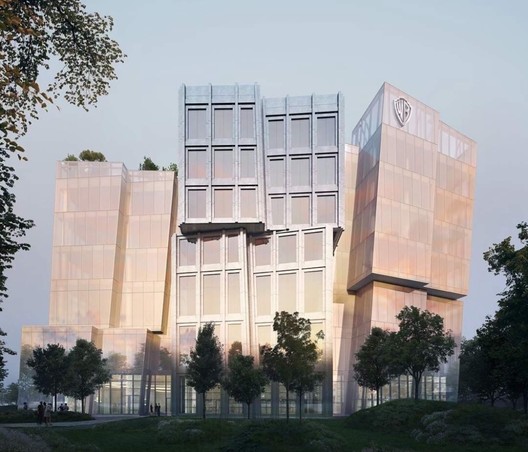