Save
We Are Looking Back! / Yung Ho Chang's Response to Curatorial Statement at Shenzhen Biennial 2019
Share
Or
Copy

ArchDaily is working with the "Eyes of the City" curatorial team, to publish a series of articles by international architects, designers, writers and thinkers who will discuss the ways in which new technologies - and Artificial Intelligence in particular - might impact architecture and urban life. After the publication of the curatorial statement by Carlo Ratti, Politecnico di Torino and SCUT, we are hosting a text by Chinese architect Yung Ho Chang, curator of the first edition of Shenzhen Biennale in 2005. The open call for proposals for the “Eyes of the City” will run from April 1st to May 31st: www.eyesofthecity.net

Is the virtual world replacing the physical world?
Will cyber space substitute real space?
These are some frequently asked questions today.

My intention is not to answer these FAQs, but rather to wonder what would become of the tangible realm should the intangible one threaten to take over.

My suspicion is that this good old place may get dirtier, rougher, and for sure, heavier, in order to counterbalance the so far weightless brave new world. Thanks to VR technology, we may experience the feeling of no gravity on earth whenever we wish. However, once the goggles are off,  don’t we crave for the sensations of weight, texture, and temperature? Just like how Detective Columbo discovered the meaning of life while holding a cup of scorching hot coffee in a bitter cold Berlin morning in the Wim Wenders movie. Not that we don’t like the new technologically enhanced wonderland, we simply want the old and the new in perfect contrast. In other words, we want the fun of having two parallel yet distinct worlds.

That is why, while accepting both VR and RR (Real Reality) as realities that we dwell in, as an architect, I am more interested in augmenting RR by intensifying our sensual outreach. I don’t wish to defy gravity; I prefer to celebrate weight and weightlifting, as in the past.

For the theme “Eyes of the City” at the UABB this year, we at Atelier FCJZ plan to tackle ways of “looking”while living under omnipresent surveillance in contemporary urban life. Instead of being watched passively, we propose a more proactive stance: to look back, not back into the surveillance cameras, but onto the city, sky, space, art… Although we may not have control over how we are being looked at, we shall fight for control over how we look and what we look at.

Yung Ho Chang, FAIA, is a Founding Partner and Principal Architect of Atelier Feichang Jianzhu, Professor and former Head of Architecture Department MIT, Professor of Tongji University and Peking University. Since 1992, Chang has been practicing in China with Lijia Lu. He has won a number of prizes, including First Place in the Shinkenchiku Residential Design Competition in 1986, a Progressive Architecture Citation Award in 1996, the 2000 UNESCO Prize for the Promotion of the Arts, and the Academy Award in Architecture from American Academy of Arts and Letters in 2006, and 2016 China Architecture Media Award Practical Achievement Prize. He has published a number of books and monographs and participated in many international exhibitions of art and architecture. He has taught at various architecture schools in the USA and China and was the Founding Head of Graduate Center of Architecture at Peking University from 1999 to 2005. From 2011 to 2017, he was a Pritzker Prize Jury member. FCJZ was recognized as one of the 100+ Best Architecture Firms 2019 by Domus magazine. 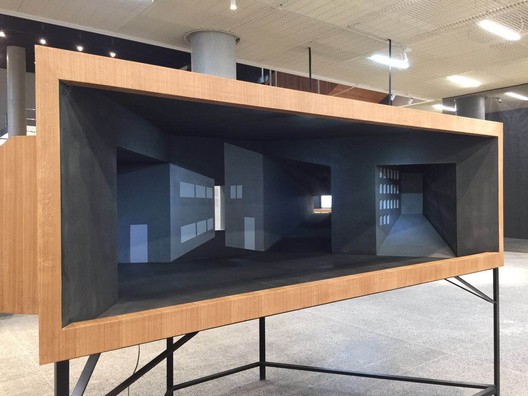