Jeanne Gang, Founding Principal at Studio Gang, has been listed in TIME Magazine’s 2019 TIME 100. Gang is the only architect be included in this year’s list, which recognizes the activism, innovation, and achievements of the world’s most influential people.

The recognition represents another milestone in what is a historic year for Jeanne Gang and her firm. In January, she announced her first project in France, with the Center for the University of Chicago in Paris, while the firm was also selected last month to lead the Global Terminal and Concourse Expansion at O’Hare International Airport in Chicago.

For Jeanne, architecture is not just a wondrous object. It’s a catalyst for change. Her sleek, woody boathouses are helping to revive the polluted Chicago River by filtering runoff organically. Her Polis Station concept aims to improve the way civilians interact with law enforcement by fusing police stations with civic recreational centers.
-Anna Deavere Smith, writing in Gang’s entry on the list

The full TIME 100 list is available for viewing here. 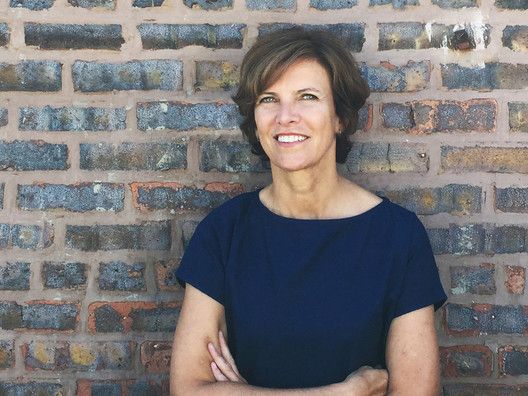