LEGO has revealed the newest addition to its Architecture set. The "Trafalgar Square" set will feature London landmarks such as the National Gallery, Nelson’s Column, and accessories such as micro-lion statues, fountains, and the city’s famous red double-decker buses.

As published by Brothers Brick, the set is expected to be available from May 2019, while the piece count and price are still unknown. Lego revealed knowledge of the set via a Facebook event, inviting enthusiasts to a signing event at London’s Leicester Square store on 27th April. The event will be attended by the official LEGO designer Rok Zgalin Kobe.

Last year, LEGO announced that it would begin production of a new line of botanical-themed pieces made from sugarcane. The new line forms part of the company’s goal to only use sustainable materials in all major products and packaging by 2030.

15 LEGO Ideas to Build and Inspire

Thinking about resting for a few days during the holidays? We have selected a number of LEGO® sets that are sure to relax you and inspire you so that you too can enjoy these amazing, colorful, minimalist blocks by exploring the wonderful world of architecture, engineering, and construction. 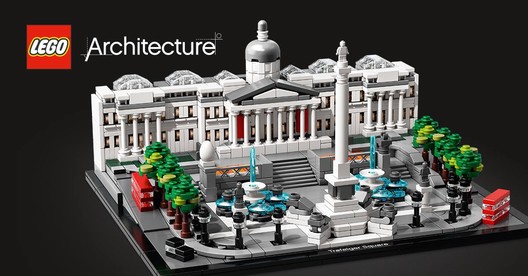