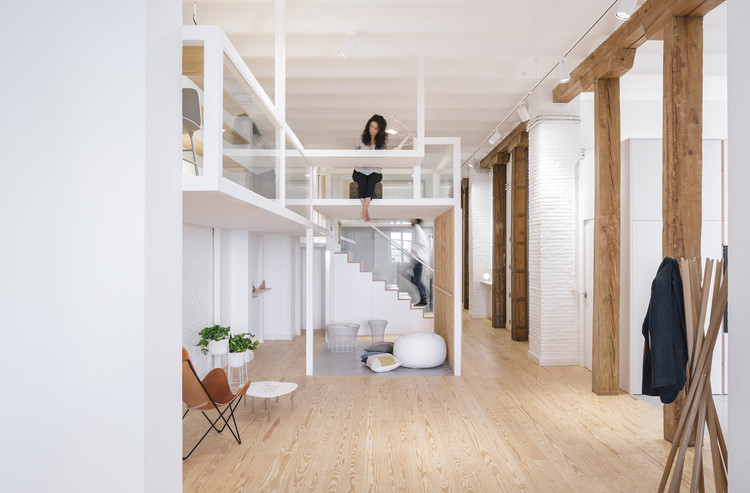 Text description provided by the architects. The project consists of building a house inside of a house, which means that it is more similar to the process of building a single-family house than an interior rehabilitation. This is because it has its own structure, enclosures, and installations. In its original state was an open loft located in the center of Madrid, built in the late XX century. The structure is load-bearing walls and a structure of wooden pillars and a horizontal structure made by Catalan vault system. The concept of the project was to generate 10 horizontal structures in different heights embracing different functions -that meet the costumer’s needs- above and beneath them depending on its height.

This is carried out by a metallic structure finished in white. This structure is sometimes resting on the floor and other times hanging from the ceiling and its in-between spaces are filled by wood or glass panels depending on the function they embrace. The same happens with the glass facades. The volume allows the development of different uses and scales offering both intimate and collective spaces. The different levels and heights work as furniture that changes its use by the space they generate, being always linked by stairs or short corridors. The privacy in the different areas of the house is handled by the opacity of the glass that encloses the in-between structure space, most of them are transparent, but some are turned translucent or opaque depending on the privacy necessity.

The costumer’s needs were a very extensive program in a spot of the house. This program should include a bedroom with an en suite bathroom, a second and bigger bathroom, and a flexible and half-open area that could, in the future, embrace another bedroom. Above the horizontal planes; another bedroom, and a studio/gallery with a full wall bookshelf. Outside of the structure, the main bedroom connected to the biggest bathroom and with the option that both could be isolated from the rest of the house simply adding a door from floor to ceiling; the kitchen, is linked to the dining area and the living room.

Next, to the kitchen, there is an office area and a bathroom for visits. According to the materiality, we can distinguish five elements; The perimetric load-bearing wall made of clinker bricks and painted in white; The existent pinewood that constitutes the major part of the flooring and some of the enclosures of the project; The white metallic structure; The different glass surfaces and its opacity degree; and the waxed concrete, that generates a continuous surface with no joints in the humid surfaces like the kitchen floor, the bathroom floor, the sinks or the bathtub. 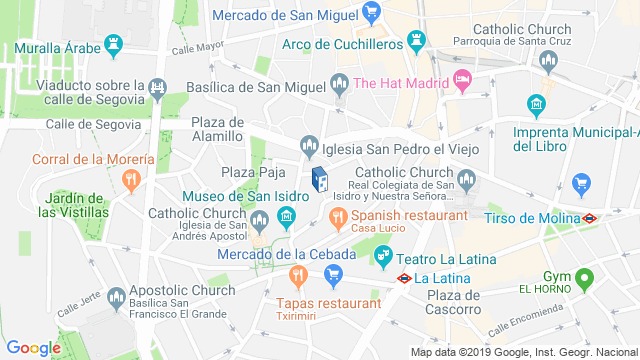