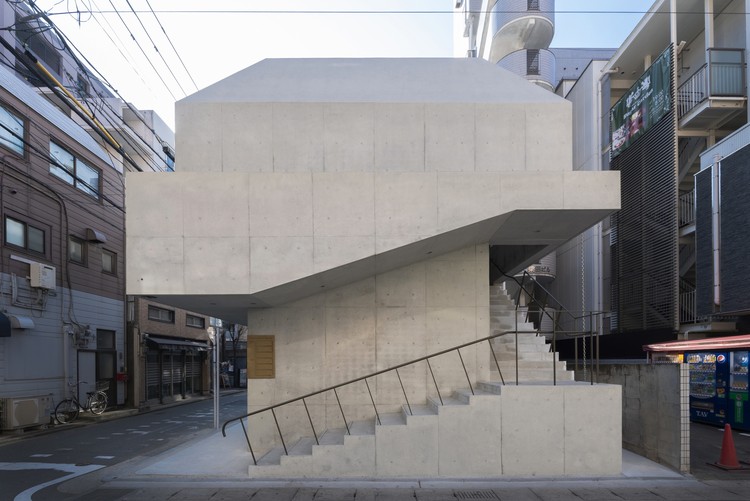 Text description provided by the architects. Daimyo is a commercial area located in the heart of Fukuoka city and is home to many clothing shops and restaurants along its narrow allies. In contrast to this, old houses still remain standing which creates a distinct atmosphere of low and high-level buildings co-existing.

The task we were given by our client was to design a 2-floor structure for high-quality tenants. We decided to approach this task with our experience from commercial space design and to adapt this into the architectural volume, structure and facility planning.

The volume on the ground level was set back in order to create a space which separates the relationship of the alley from the building and preventing the entrance from directly facing the streets surrounding. The approach created by this set back continues to the staircase which connects to the upper floor. In addition, the line of the stair circles the building creating its distinct exterior impression.

The overall building was constructed based on a frame structure, but by having all its pillars enclosed in the depth of its walls. In general, visible pillars in limited zoning are considered as restrictions to the tenant plans, but by successfully designing a structure which creates a flat space, we were able to maintain the freeness for the tenant planning.

The outlet/inlets for some of the facilities including air supply and exhausts were accumulated on the rooftop. Expected piping routes were pre-arranged to prevent effects to the exterior even after the tenants move in. We wish for this project to be a small foundation stone to a city with a disordered character due to the frequent replacements of urban developments. 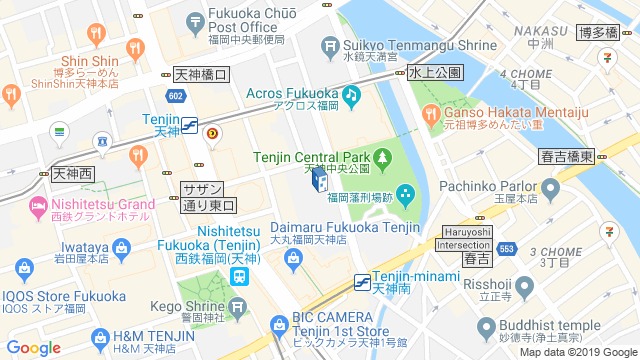 Location to be used only as a reference. It could indicate city/country but not exact address.
Share
Or
Copy
About this office
CASE-REAL
Office
•••