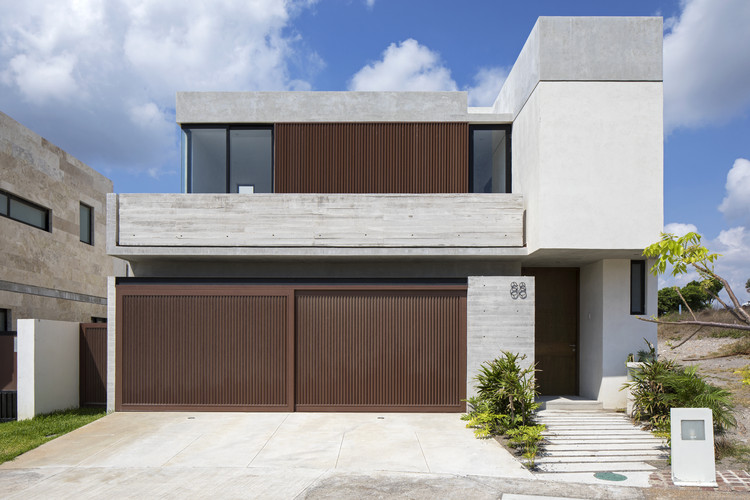 Text description provided by the architects. Casa Ruidera 2 is the second of 3 house-patio exercises performed for a real estate developer within a private residential development on the Veracruz Riviera. The property in which the house is projected is ascending from the street, so it was decided to solve it in half levels trying to alter as little as possible the original topography.

The plant is resolved from 3 voids that divide the project into 4 pieces articulated by the stairwell. The entrance of the house is through an interior hallway that ends with one of the 3 voids, which is presented in the form of a garden that lets the light penetrate to the entrance door.

It is until one begins to climb the stairs, that a small window turns the gaze to the left to notice another void, an interior patio that is discovered in its entirety until the social area is reached. A kind of interior terrace that lives between 2 green areas formed by an interior patio and the back garden with its pool. The ventilation flows perfectly taking advantage of the winds coming from the northeast, which cross through the aluminum lattice of the garage and the brick lattice.

The relationship between interior and exterior spaces aims to eliminate the boundary between them through constant dialogue between the gardens and patios of the project. 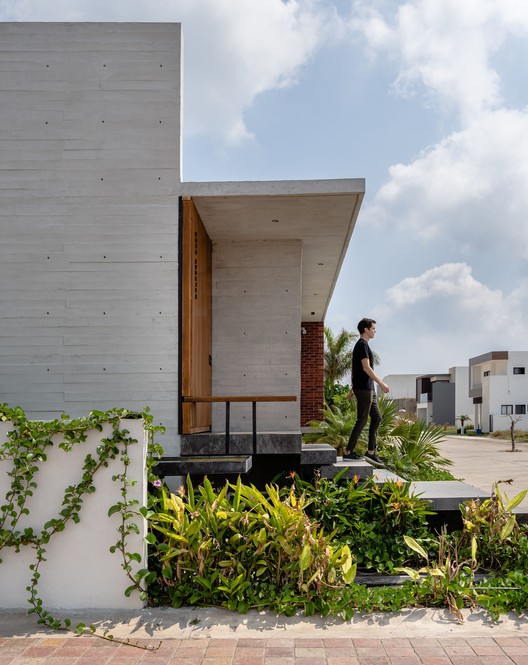