C.F. Møller Architects and EFFEKT has won an architectural competition for the design of the new SIMAC (Svendborg International Maritime Academy) in Svendborg, Denmark. Set to be completed in 2022, the open, flexible, modern learning institution seeks to educate the leaders of Denmark’s future innovative maritime industries. In addition to their role as design team for the academy, C.F. Møller Architects and EFFEKT have also prepared a masterplan for a surrounding district including housing, commerce, and urban green space.

The 12,500-square-meter SIMAC will contain common areas such as a Campus Square, teaching areas including auditoriums, laboratories, and simulator centers, and rooms for administration and support. The SIMAC will also sit within an overall development plan for the area, dubbed the “Harbour of the Future,” also designed by EFFEKT. 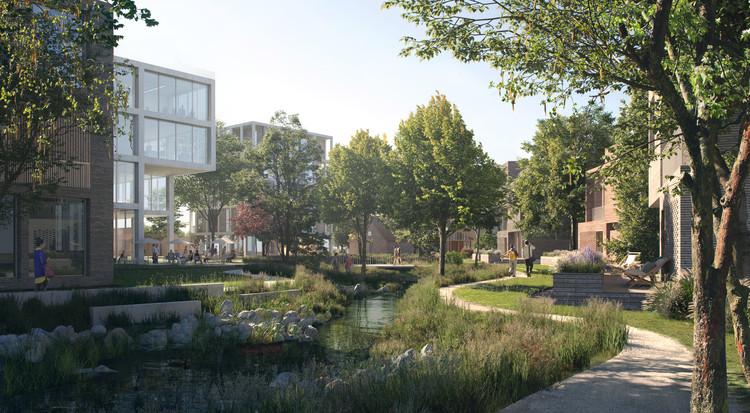 To ensure uniformity and coherence between the SIMAC and the surrounding context, the winning entry went beyond the design of the academy, also including an outline project for a new maritime business park adjacent the scheme, and a masterplan for a new district with housing, recreational areas, and parking facilities at the nearby North Quay.

We are very pleased that our proposal for the new SIMAC and masterplan has been well received. The new SIMAC is a tribute to the port's distinctive architecture and the maritime environment - a flexible and modern building, which through open, rough and robust surroundings lends itself to cooperation. The educational institution will become an integral part of the city and play alongside the new green and recreational urban environments along the harbor.
-Julian Weyer, Partner and Architect, C.F. Møller Architects

Having won the competition for the scheme’s design in February 2019, the design team will move the SIMAC into construction phase from 2020 to 2022, with the scheme becoming operational in 2022.

The vision for the new SIMAC is to strengthen the connection between the city, the North Quay and the harbour as a whole. The building can become a landmark for the transformation of Svendborg Harbour and act as a catalyst for city life, education and new businesses at the harbor.
-Sinus Lynge, Partner and Architect, EFFEKT

News of the success comes shortly after C.F. Møller Architects and BRUT won a competition for the design of an ambitious urban development in Ostend, Belgium. 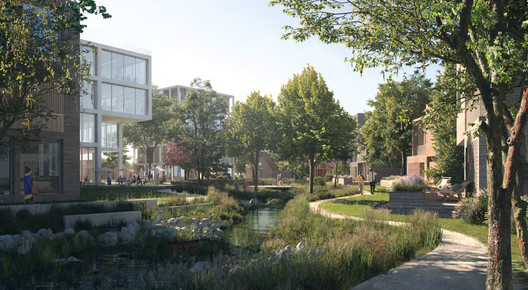