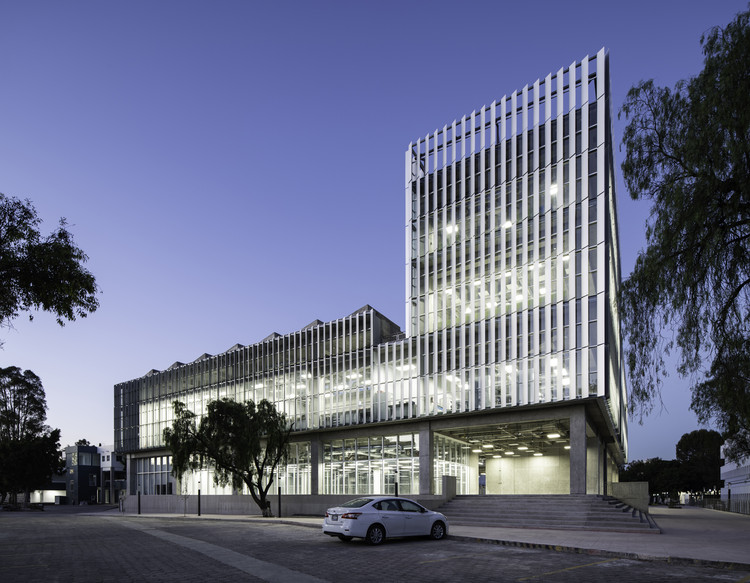 Text description provided by the architects. The project is an extension to the teaching infrastructure for the BioEngineering Department. Tecnológico de Monterrey’s Queretaro campus was initially organized in a more or less recognizable Cartesian mesh in its first built volumes, arbitrarily rotated 41 degrees from the north. Given the absence of order and intention in the infrastructure that was built in the last 20 years, Sasaki Design was invited to develop a new master plan. Sasaki’s attempt aims to give order and meaning to the campus, as the current set lacks meaning and identity. The plan defines two axes in a Roman way that originate in a new "heart" from which everything would start. The project is located at the east end of one of these two guiding axes. This implies a certain hierarchy without becoming the most important building. The new Laboratories seek at their site to generate three types of new public spaces with different qualities among them: two exterior piazzas, a portico and an interior garden.

Tecnológico de Monterrey is undergoing one of its most profund and radical transformations with the creation of Tec21 Educational Model, a methodology that is based in challenges and practical experimentation that sets aside the traditional way of teaching. The spaces required challenge maximum flexibility and adaptability, which is not an easy endeavor with research and laboratory facilities.

The formal scheme is a prism of identical sides conformed by 12 equal structural modules and 4 special ones in the corners. The structural scheme is a ring that eliminates the use of constructive joints to work monolithically. In section, the building reacts to the demands of the program sometimes with heights and averages, double heights or underground levels. All adjusted to an educational model that allows maximum flexibility and adaptability.

The site was the last big campus garden. For this reason, the project seeks to present a complete transparency in its access level. The program is raised to leave only the spaces of common use, allowing the possibility of seeing through the building a sequence of gardens with shades of intense shadows thanks to the roofed program. The perimeter skin is a responsive facade that allows maximum indirect light without heat gain, promoting internal comfort.

The three main ideas around the design of the building are: the and universal space of the contained central garden, the clarity and power of the structure, and the use of indirect natural light applied to an academic research space. 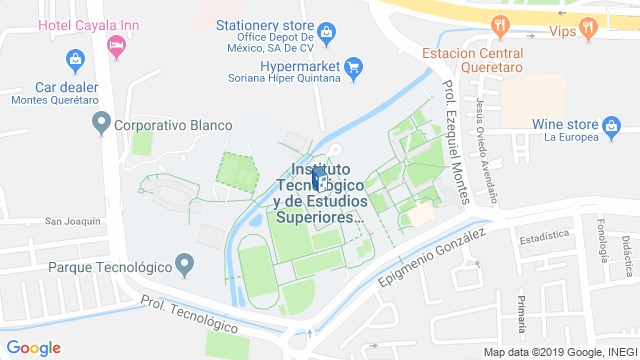