Danish studio Henning Larsen has won the competition to design a new four-star hotel in Tórshavn, the capital city of the Faroe Islands. The project centers on a new social commons and grand foyer made to create connections and give the hotel an active role in city life. The design taps into the Faroese landscape to create a heart of new activity in the city center. The project was made to be an inviting landmark for guests and an active commons for Tórshavn’s locals. 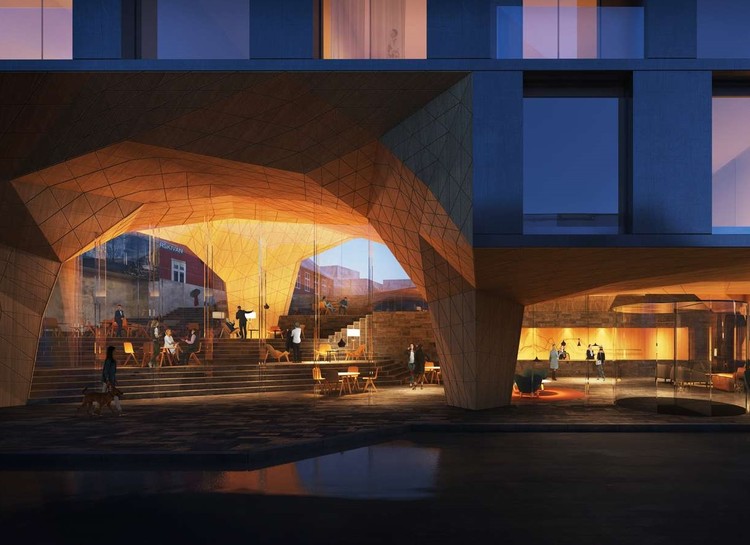 Located in the heart of Tórshavn, the Faroe Islands hotel is sited between the city’s main cultural venues and beneath the main pedestrian and shopping street. The Hotel Tórshavn expansion introduces a public grand foyer and a broad staircase connecting the streets, designed as a meeting point and pedestrian thoroughfare for local and international visitors. Part renovation and part expansion, the design refreshes the interior of Hotel Tórshavn while adding a new wing on an adjacent lot. Henning Larsen's proposal upgrades the hotel from a three-star to four-star establishment, and positions the building as an accessible pedestrian thoroughfare between the city center’s most active streets.

Ósbjørn Jacobsen, Partner and Design Director at Henning Larsen's Faroese studio, said that, "We’re going back to the original idea of a grand foyer as a way to create street-level identity, and as a passageway for new connections in the city,” Jacobsen said. “In our search for a symbol of an open, active venue for the foyer, we took inspiration from the sea caves along the Faroese coast, which are a striking feature of our geography. In a way, you could say our design represents the bedrock of the Faroe Islands, with the city life carving its way into the lower levels of the hotel." 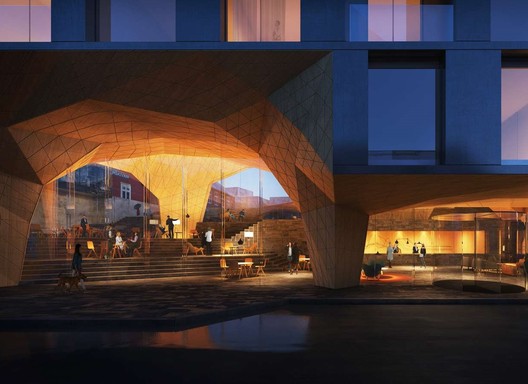