Save
Adaptive Reuse of a SOM Landmark / Inaba Williams Architects 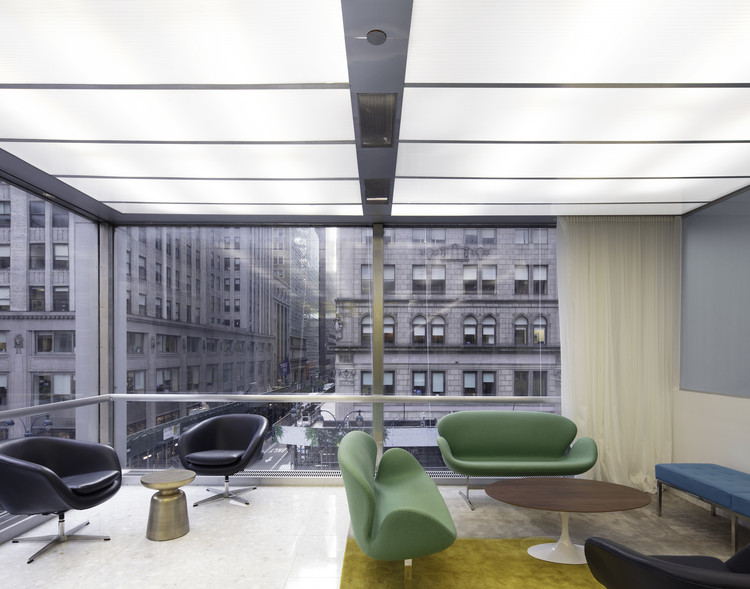 Text description provided by the architects. The adaptive reuse design of SOM's Manufacturers Hanover Trust restores iconic parts of the original interior. In other areas, Inaba Williams peeled back layers of the third-floor space to reveal the building’s ingenious structure. Located on what was an office level of the 1954 landmarked building, Inaba Williams resurrected the most distinctive element, the luminous ceiling along Fifth Avenue and 43rd Street, which had been badly damaged over time.

The stainless steel mechanical grid was refurbished and new polycarbonate panels similar to the originals were installed. A curtain track system tacked on in recent years was removed and replaced with a system concealed in the curtain wall frame as in the SOM design. The new sheer white drapes along the street facades are based on the architects’ 1954 specifications. Seen from the outside, the project recreates the initial vision for the building.

In other areas of the space, existing surfaces were removed. A suspended ceiling from the early 2000s was demolished to reveal the ingenious structure hidden above. The shallow column capitals, doubled-up long-span beams, and bowing short-span beams that were originally out of sight were exposed to contrast with SOM’s refined material palette. New marble walls and floors extend up to the line of the mid-century era ceiling with the untreated concrete of the ceiling sandwich visible above. Like a hieroglyphic modernist ruin, two of the columns are similarly left unclad and unpainted. 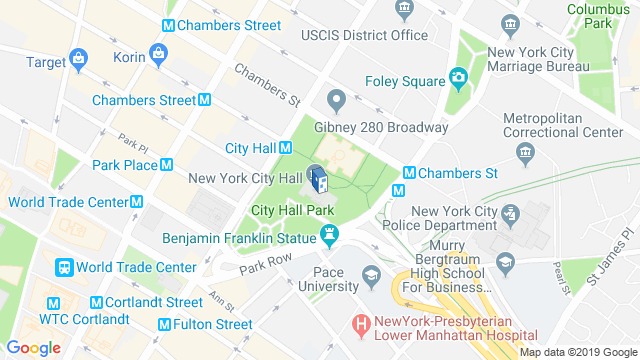 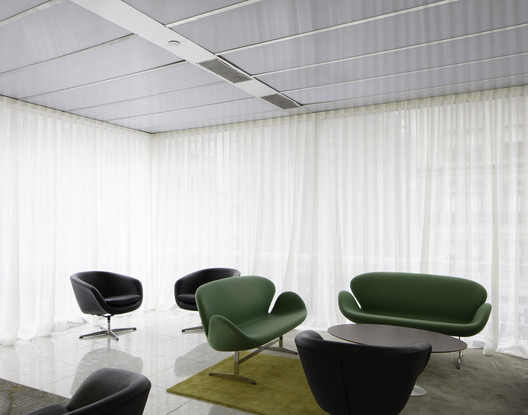