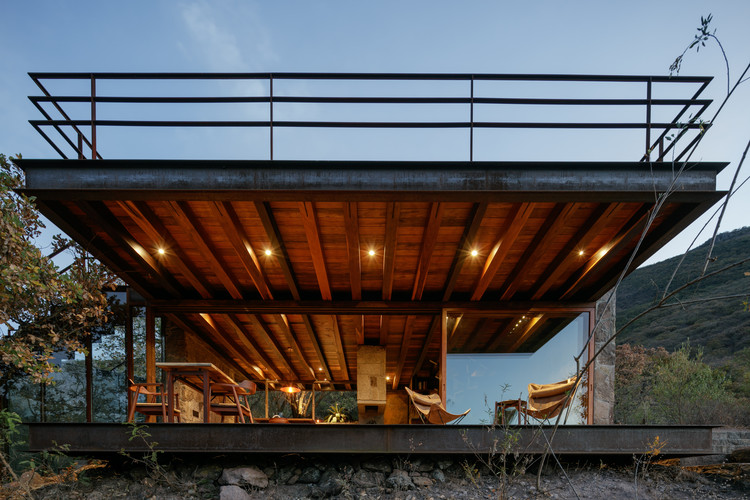 Text description provided by the architects. Located on a hill, the project is displaced through two volumes, impacting the smallest possible surface and almost without altering the terrain, the existing vegetation of oaks and copal trees is respected. The compositional scheme of the volumes responds to different levels, burying itself to the south and flying towards the north, so the project gets a direct dialogue with nature.

According to the identified needs of the project, a public space that is directly related to the environment is generated, creating transparency towards the horizon, which allows having an internal-external relation. On the other hand, the private volume generates a cave aspect, a refuge, merging into the mountain, getting a shelter atmosphere.

The articulation of the volumes is solved with a steel and glass hallway, fulfilling the function of connecting the public and private areas in different levels, both inside and outside, causing a vacuum in the mountain. The tectonics of the project as a core point is to create mimesis between the context and the architectural intervention, dissolving on the site.

Using local preexisting stone, steel, and wood; a warm atmosphere and a timeless language are created, so throughout time, the house will merge as if it would have always existed. Interacting directly with the landscape, the construction will go unnoticed in time, from the used materials and the architectural language. 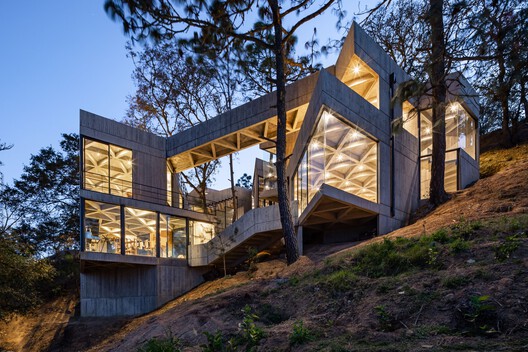