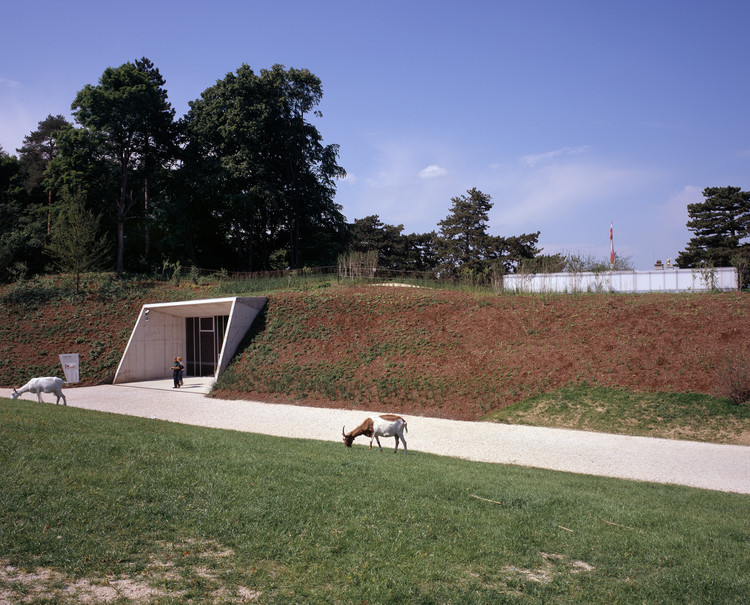 Text description provided by the architects. The private shrine erected by a 19th century army enthusiast in honor of the Imperial and Royal Austrian Army is a well-known curiosity. A supplier to the military and creditor of the great Austrian commander, Radetzky, erected here around the Field Marshall`s burial place stelae, obelisks and even a small-scale columnar hall – a kind of Forum Romanum with Legoland dimensions that pays homage to famous war heroes.

For the Lower Austrian regional exhibition the decaying complex has been completely renovated and enhanced by the addition of a new exhibition space, where themes other than military history can also be presented.

The architects had no wish to enter into competition with the filigree 19th century complex and thus the exhibition building was embedded in an existing hill behind the memorial site.

The quintessence of the project is its free shaping  of space – which the underground location makes possible – while it also delivers a critical comment on the „white box“ that exhibition makers constantly call for as the allegedly ideal space for every kind of experimental presentation. In fact each form of space offers opportunities to respond to it with the contents of an exhibition.

Here the architects create a passage that does not „conduct“ the visitors through a tube-like space but instead indicates the direction by widening and narrowing, by a ceiling that rises and sinks at irregular intervals as well as by allowing carefully considered views of the landscape outside. The budget was radically restricted and therefore the environs were left as they were.

The entrance hovers above the ground to offer visual orientation, an exit leads into the old administration building that at the front mutates into a columnar hall at the hallowed grove with its stelae and busts of Austrian`s heroes. The second exit leads into the redesigned grounds of Heldenberg, where prehistoric circular ditch systems have been reconstructed.

The intelligent exhibition building thus functions as a contemporary connection between two curiosities, one prehistoric, the other 19th century. Instead of the stelae and the stakes in the two outdoor complexes, here we encounter an interior that presents a surprising balance between depicting the tectonics of its surroundings and making a subjective gesture. 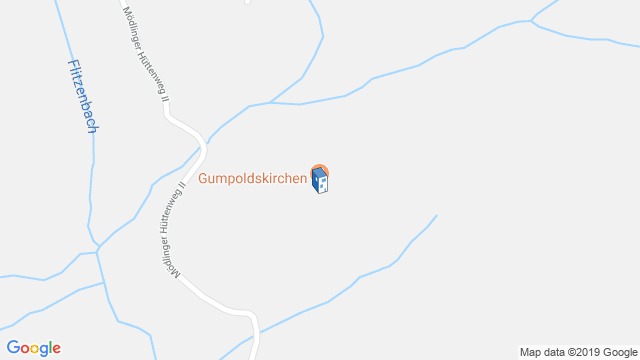 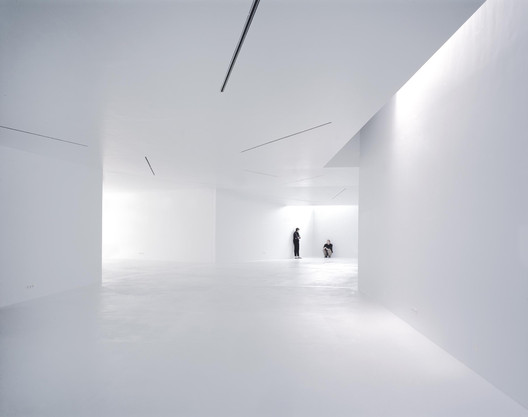 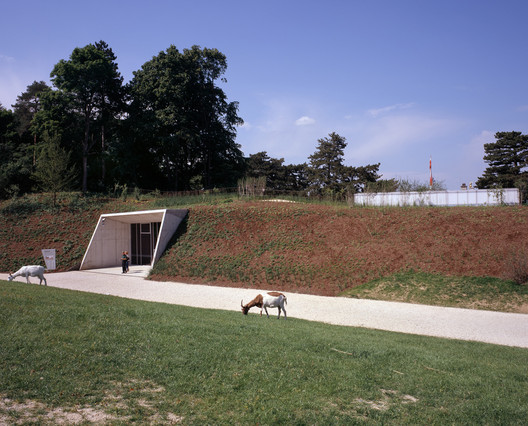