Los Angeles International Airport has broken ground on its Automated People Mover, an elevated train designed to carry passengers and connect to LA's light rail. Mayor Eric Garcetti joined city officials to celebrate the kick-off last week as LAX hopes the project will improve connections between terminals and cut down on auto traffic in and out of the airport. Linked to the new consolidated rent-a-car facility, the People Mover aims to provide congestion relief for one of the world's busiest airports. 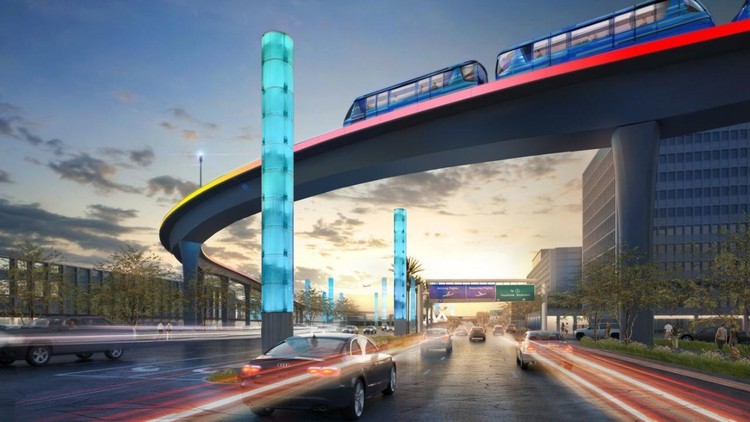 The People Mover groundbreaking ceremony was held last Thursday. Last year, City Council approved a $4.9 billion contract with LAX Integrated Express Solutions for the design and construction of the Automated People Mover. As the fourth busiest airport in the world, LAX is looking for ways to decrease auto dependency to and from the airport. LAWA officials anticipate the new system will be used by 85.1 million passengers per year, and it will travel between six stations; three inside the airport terminal loop and three outside the airport.

As LAWA has stated, the People Mover is expected to connect with the Metro Green and Crenshaw/LAX light rail lines, and the Consolidated Rent-A-Car Center that aims to bring together more than 20 car rental offices in one location. The facility will eliminate the need for rental car courtesy vehicles to enter the central terminal area and reduce the number of autos driving in and out of the airport by an estimated 3,200 each day. Electric-powered trains are expected to operate every two minutes, with each train carrying up to 200 people.

The People Mover has a targeted opening date of 2023. 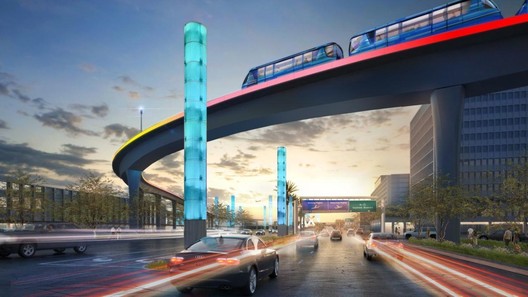