Save
House in Nikko / TAKiBI 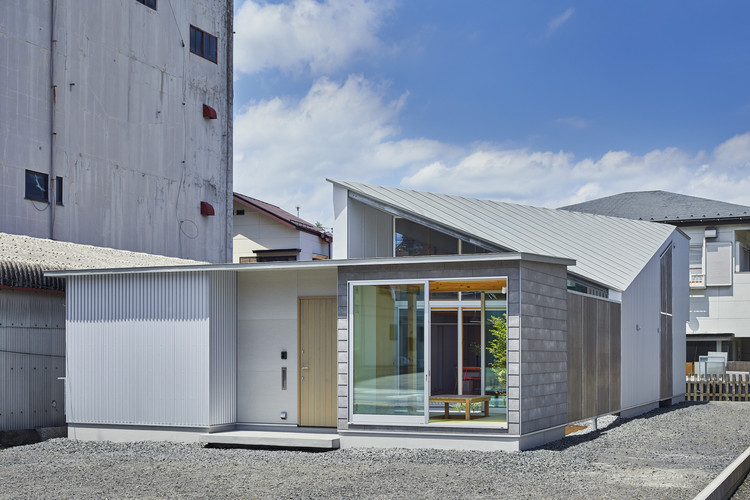 Text description provided by the architects. We arranged alternately two courtyards and rooms under the diagonally big roof and horizontal roof. The form of diagonally plan and roof are designed based on the orientation and angle of solar radiation, prevailing wind, surrounding buildings. As a result, we created modulated space which is composed of LDK in the stairwell and low service area. This house adopted a complete outside heat insulating method including the foundation.

We adopted an air-conditioning system named “air aqua.” This system is composed of an air conditioner installed under the mezzanine floor and water pack set up under the LDK floor. This system’s advantages are high efficiency and energy saving and low-cost. NIKKO is hot in summer and cold in winter, but we created an expansive house which has a high-performance thermal environment by integrating passive environmental control method and active method.

An assembly room next to the entrance is using for a meeting of the neighborhood. We are aiming for life to be opened to the city by letting a part of the residence have a public function. As a result of being conscious of that the entire residence space will be connected to the ground in order to support such activities, it became a flat and linear style spatial structure.

In addition, the margin between the building and the front road is regarded as an editable area according to the needs of the homeowner and the street, and it is under consideration to extend exterior and multipurpose huts. we hope that the birth of this building will create a positive impact on the community.