The Smithsonian's Hirshhorn Museum sculpture garden will be renovated for the first time since the 1980s by Japanese artist and architect Hiroshi Sugimoto. Currently featuring works by Auguste Rodin, Jimmie Durham, and Yoko Ono, the sculpture garden will be opened up to the National Mall and create space for large-scale contemporary works and performances. The new concept aims to raise visibility for the garden and welcome more visitors to the museum.

Sugimoto formerly redesigned the lobby of the Hirshhorn, and now turns his attention to making the sculpture garden more accessible. His concept creates a ‘front door’ for the museum and reopens an underground passage that connects the garden to the museum plaza. The plan is organized into three key areas — one for modernist works, an area for performances, and another for new installations. In 2016, the Hirshhorn was deemed eligible for listing on the National Register of Historic Places, so the new design is made to follow historic preservation regulations.

At 1.5 acres, the garden received more than 1 million visitors in 2017. Hirshhorn Board Chairman Dan Sallick said that, "You have 25 million people walking on the Mall every year and right now our garden is largely invisible. More of the entry will be at the grade level of the Mall, so when someone walks by, it will feel natural to enter the space.” The design plan was revealed on Monday this week, nearly forty years after the sunken sculpture garden's last major update in 1981. While the announcement follows two years of planning, a public meeting on the project will be held at the museum before plans are sent to the National Capital Planning Commission and Commission of Fine Arts. 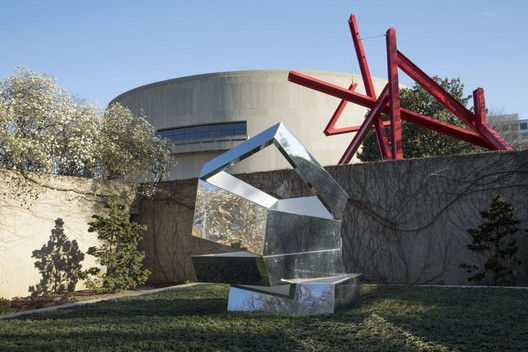