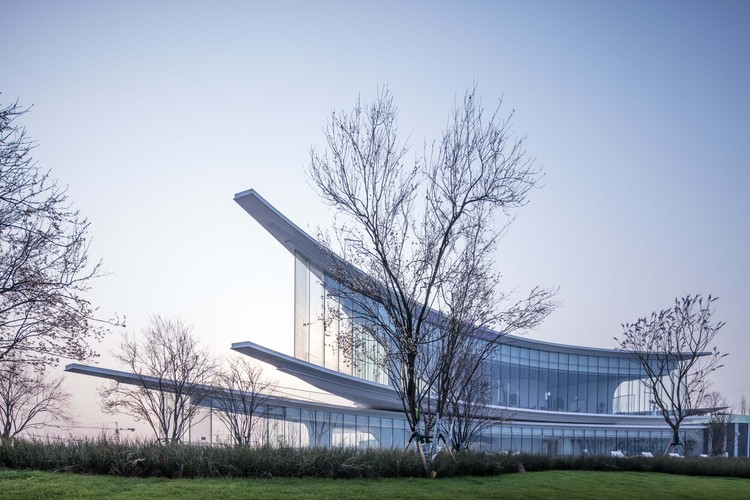 Text description provided by the architects. Riverbends by the cliff is a symbolic setting in the Chongqing area. As a living gallery, the project is a trial for and response to localised architecture. It explores the spatial interaction between nature and geographical traits in an urban context.

The gallery is close to the Jialing River bank. The two riverbends that faces different directions influences the urban texture in its vicinity and forms a grand natural setting for the urban area. The site sits coincidentally on the highest point of the cliff, allowing visitors to get a full view of the riverbend and a bird-eye view of the future Yue Lai core TOD district.

The initial concepts all seemed rather out of place or dull in the natural environment in spite of multiple scenario-based trials until the designer encountered a visit to the project site at twilight hours. When scattering gold and crimson light painted the city in monotone, the mountains and river alone shone through, drawing the unmistakeable spotlight – the right path became apparent. Going back to the essence of design, responding to the context and nature, the design slowly revealed itself.

Limited design language was amplified into usage of cliffs, riverbends, sunsets and mountains: the building form replicated the shape of the riverbend and mountain, using a simple curve to draw a stream in the sky. The triangular site also showed a clear sense of direction due to the curved cut across it.

To assimilate into the surrounding context, the building was cut into the mountains and embedded in the cliff rocks. It abandoned all subjective architectural markers and forged a completely transparent main body out of glass.When the sun sets in the west, the building would dissipate into the natural environment. Sunlight could penetrate the gallery and fall onto the city behind it.

188 panes of customised glazing also meant that the main supporting structures and interiors has become an indivisible part of its elevation.These gigantic walls with spatial functions became rocks that grew from the mountains, radiating an eternity forgotten by what is left of the world.

A thorough understanding of the characteristics of the city and its context underlines the overall design. The project puts a new destination on the map of Chongqing for citizens to gather and immerse themselves in locality.

The shrewd and humble deference of the design is a powerful response to the environment; the site’s natural traits generate even more grandeur for the architecture.The simple design language is a vessel for us to tie our understanding of city and life to the earth of Chongqing and take a strike to the heart.The entire second level has been rotated, using the terrain to create and fortify the impressiveness of the cliff.

The building also forms an 18m long overhanging observation terrace – a huge deck for the city. Walking towards the end of the terrace is an experience of entering the sky and disappearing into nature.A dream, right before our eyes. 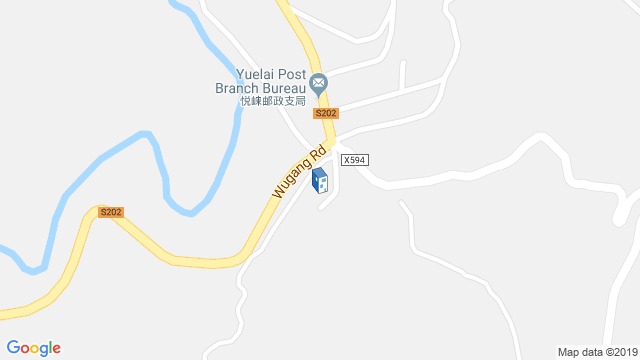 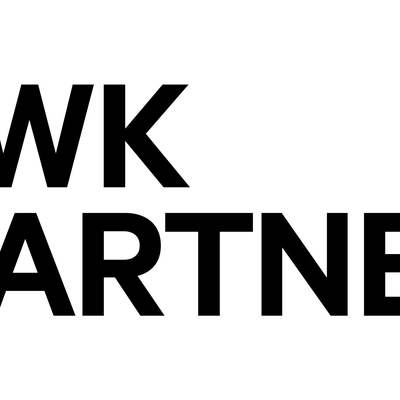 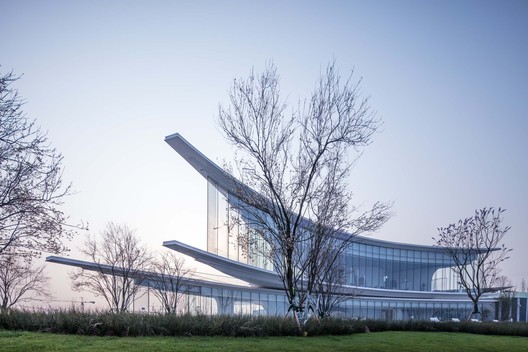