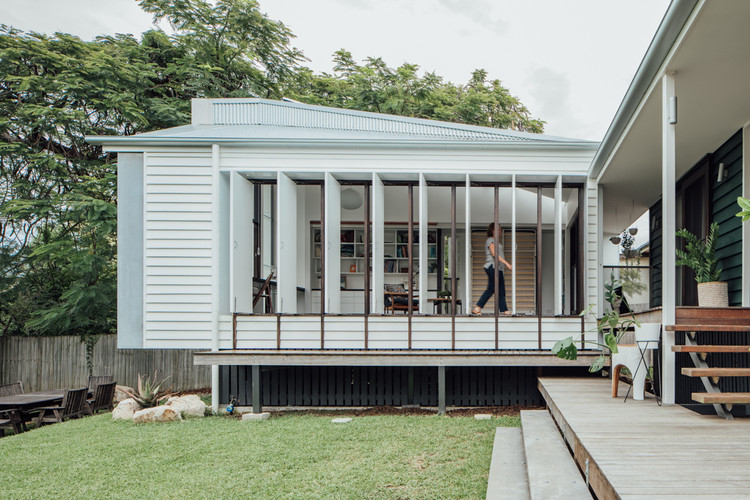 Text description provided by the architects. The existing house was a low key queenslander in one of the leafy ‘O’ streets of Yeronga, Brisbane, Australia. There were issues with overland flow (the back garden is effectively a creek during storms). There was some very odd planning which disrupted the flow of the house & had resulted in a very poor use of some spaces (a small room with an 80’s type 45 degree wall on the western side).

The major design move was in the creation of a new studio (the “pod”) to the rear of the house, separated by a walkway & series of decks leading down to the back garden (the level of which was raised slightly to avoid all balustrades). The idea behind the pod was to conceptually to drape a ‘cloth’ over two framed & glazed gable ends. This allowed us to increase the drama of a low entry door from the walkway before the room opens up to the south where there is a large Poinciana in the neighbouring property.

In the existing house we basically created a new ‘breezeway’ through to the side garden on the west (the ‘back wall’ of the breezeway is a movable awning of aluminium battens – it can hang vertically as a privacy screen & let in the winter sun or horizontally to provide shade). A number of powdercoated aluminium louvre boxes were placed to existing casement windows on the west – this allows the house to breathe through the daytime & provides shade to the west. 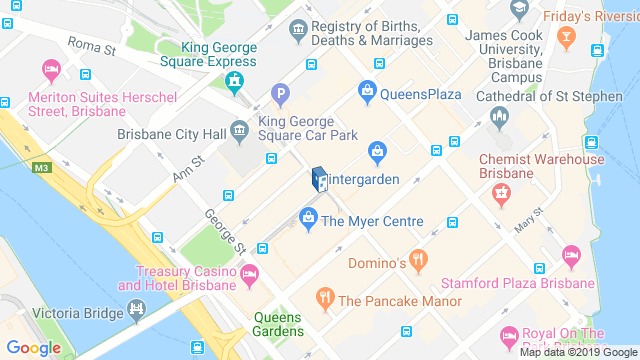 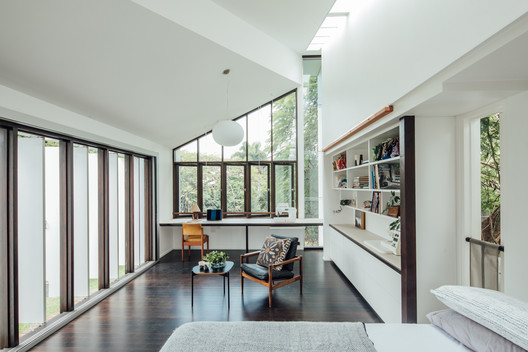 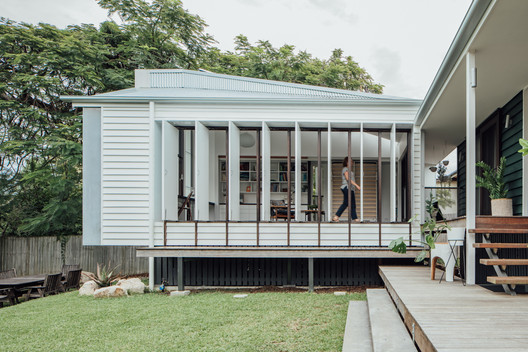