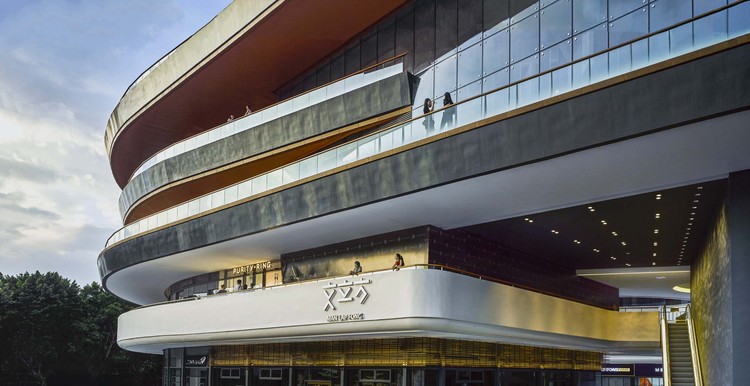 Text description provided by the architects. Featuring a huge expanse of greenery surrounded by high-end residential development, museum and concert hall, the Ersha Island is actually the central park of Guangzhou. However, according to its original planning in 1980's, all the developments on this island were targeted at foreign buyers and local citizens were denied access to it, which is a manifestation of its superior location. In the beginning of 1990's, the government started to build a "Cultural Golden Coast" along its southern bank and a series of first-class art venues including the Guangdong Museum of Art and Xinghai Concert Hall emerged one after another on the scene. Now the Island has become synonym of "high art" in the eyes of the local people.

The Manlap Fong project is located at the last piece of land along the "Cultural Golden Coast". A private art foundation plans to make a "Mini-West Kowloon" here by way of self-financing - funding cultural and art activities through revenues from portfolio operation with a view to create a self-reliable and sustainable operation model. When we were commissioned to take this project, I happened to live on the island and often took a walk along the southern bank in the evening.

On one side of the road, there are fenced luxurious properties and museums with empty, dark expressions; while on the other side, there are "concerts" under the banyan trees, with the locals coming to enjoy the cool wind by the river and gathering around street singers. It was exactly like what Allan B. Jocobs described in his book Great Streets: "Some streets are better than others: to be on, to do what you came to do." It may be lonely in daytime while when the evening approaches, all the hustle and bustle appear. "You go back to some streets more often not just because the things you do or have to do there. Maybe you focus a part of your life more on one street for reasons not economic or functional." A place you just want to go - This is Jocobs' “great street”. Manlap Fong locates exactly at the end of such a street. But how to extend the scene of the street into the project becomes the first issue I have been thinking about.

The second issue is how to create a vibrant and coherent community in a neighborhood surrounded by blocks enclosed by fences. I think the property needs to have the function of "expiration and inspiration". Therefore, in the very beginning, we decided to replace the original plan of separate singular buildings by a layout of covered passageways surrounding the courtyard while accommodating all kinds of functions such as exhibition, shopping, dining, office, leisure activities, performance show, etc. When the courtyard is open to the streets, it becomes a well-enclosed public urban space that would integrate the surrounding buildings into an internally coherent community.

The third issue is about sustainable development. It is rather difficult for a private foundation to promote art for public good. Cost-effectiveness must be factored not only for construction but also on-going operation. Both eco-architecture and green architecture are neologies while all the traditional buildings that conform to common sense are warm in the winter and cool in the summer. In the south, the most effective way is to provide shade and ventilation. The layout with a courtyard tends to facilitate ventilation effectively. So if the issue of sun screening is resolved, energy saving would be maximized.

Finally a solution based on common sense is figured out: on the southwest side of the building, a veranda gently climbs up to serve as shading system for this façade, which extends the “great street” all the way to the balcony where one could have bird’s view of the whole city: the Pearl River New Town against the rising sun in the east and the old downtown area with the setting sun as backdrop in the west. The original plan for the veranda is a mild slope with all functional spaces facing towards the inner courtyard. This would definitely endow the building with a stylish architectural look, but the “street” with its innate public nature will then be entirely isolated from the functional space and the courtyard, making it indistinguishable from all the other buildings nearby. When private space and public space are rigorously distinguished and their mergence denied, it would be difficult to build a vibrant community that encourages sharing.

Therefore we lay down the streets and arrange doorless open entrances to connect various floors, thus make the inner courtyard and veranda an extension of the town square and streets. In order to attract visitors to come up to the observation deck on the 5th floor, various “view finders” are created on the verandas of each floor through horizontal forward and backward movements.

The views are sometimes panavision and sometimes borderless. The changing landscapes lead to a wandering two-way path between the urban scenes and the serene courtyard.

The 160 meter long curved veranda along the southwest side becomes the façade’s control language. If the aluminium grates on the northwest corner, which is required by the property owner to shield the kitchen, is omitted, the overall main façade can be described as “featureless” in terms of design. In the end, various function spaces, such as exhibition hall and dinning venue, all show their unique features respectively within the control of the overall veranda framework – perhaps this is due to the designer’s experience of being a veteran curator wishing for every individuality’s uniqueness to be displayed.

The materials and colors of the exterior wall are not intentionally made different from the surrounding buildings, because we think in an overly elite-oriented community, the most important thing is to realize “classless” in space perse.

When the project has just completed, Professor Sun Yimin (Dean of School of Architecture, South China University of Technology) happened to mention about Qilou (Guangzhou Arcade House) in one of his speeches that “we don’t have to worry about its concrete language at all. Its form can be modern but the most important thing is life. The life of this city has been accommodated by these buildings. Therefore Qilou merely functions as a container. The key is what characters and purposes such a container represents.” Finally, we managed to add another 1km long “Qilou” to the “Cultural Golden Coast” on Ersha Island, which will serve as space free from wind and rain, for traffic, social, cultural and commercial purposes. 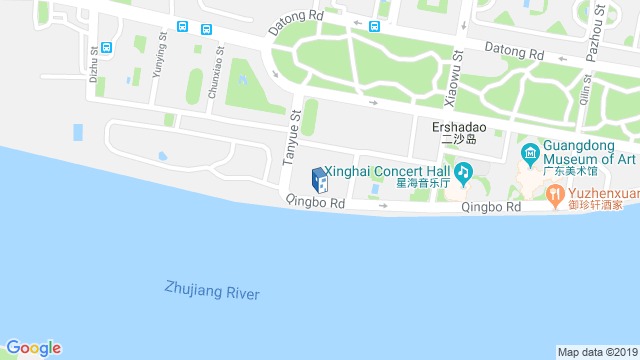 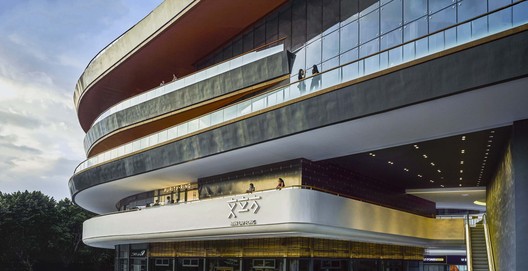