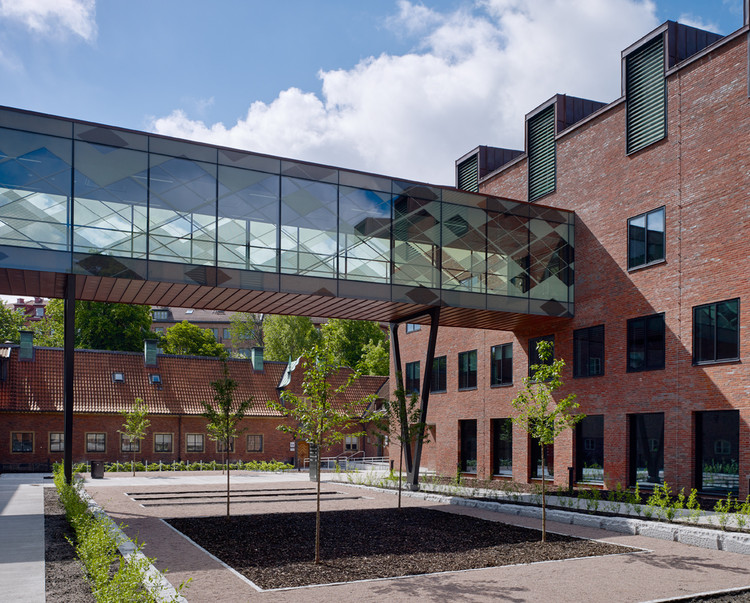 Text description provided by the architects. Carlanderska Hospital in Göteborg, Sweden, has provided specialist healthcare to public and private patients since 1927. A well-needed extension primarily houses technology-intensive functions such as surgery, x-ray and sterilisation, but also adds new entrances, staff facilities and a restaurant. By echoing the original plans, the new design of Carlanderska Hospital respects the landmark building's well-known atmosphere and expression yet displays its own unique character.

Using the same type of materials – red brick and a copper roof – for the extension as that of the original building has unified the new with the old, as have the coloured joints and medieval-inspired brick pattern, ensuring that the new structure naturally blends into the setting.

The 6,800 sqm extension adds a facility comprised of four floors and a basement level to Carlanderska Hospital, housing functions that could not be developed in the existing building; surgery, x-ray and sterilisation. Prior to the extension, Carlanderska had four operating theatres sized 14 or 27 sqm. In the new facility there are seven operating theatres sized 40 to 60 sqm.

Between the new and old structures, a hortus conclusus creates a waiting room as open and organised as a monastery garden with sharp lines and well-organised sections, in contrast to the park outside. Despite the extension’s significant volume, the park remains largely intact and the walkways have retained their original paths.

The original buildings feature characteristic roofs, carefully finished with window dormers with various designs and frontispieces. Several large dormers on the ventilation room exterior intersect with the gutter and fit in line with the building’s window placements – the result is a “jumping” gutter which constitutes the most characteristic feature of the building. The dormers serve several purposes; one holds the elevator equipment while others provide possible solutions for future changes to the building. All dormers are fitted with slanted glass lamellae in their facades, both for light reflection and for continuity in design.

“The architecture is dictated by two factors: to enable modern care and treatment within the original site and correspond to the existing expression,” says Ulla Antonsson, lead architect.

The interior strives for a peaceful and relaxed environment with no direct hospital references. Public spaces have a red-tinted terrazzo floor, while the walls feature light-coloured ash panelling. Large floor-to-ceiling windows blur the boundaries between inside and outside.

Despite modifications to its original state over the years, the cosy and pampering facility has retained its charm, thanks to a deep respect for the original plans and the hospital park. 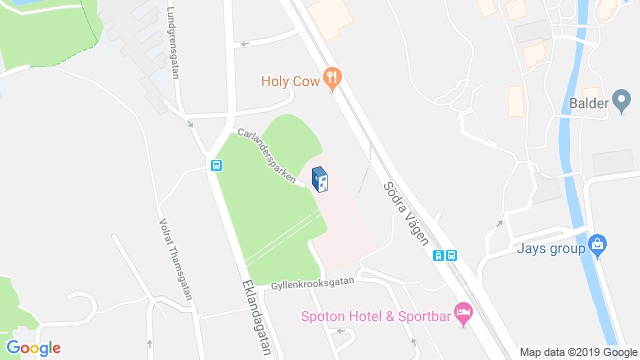 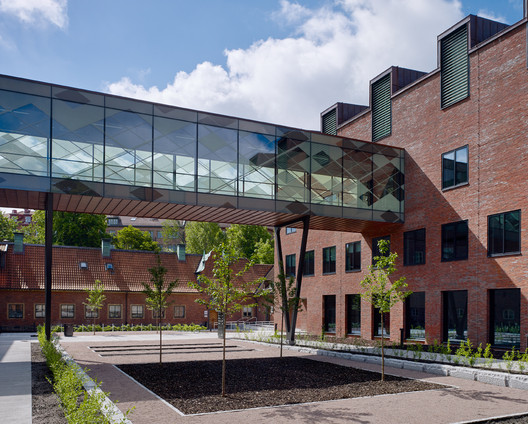