Text description provided by the architects. Light, intended as the origin of the project; as an immaterial element that became the principle of the structural order. The origin of its rhythm and its proportion. The layout of the plot, on the east-west axis, imposed its search. The project was conceived from the section; as a vertical stacking system composed by a sequence of elements attached in height to each other with the sole purpose of exploiting natural lighting. With our project strategy, we were not only meant to achieve an appreciable energy saving, but we should also provide the working area with the most favorable, warm atmosphere for the development of working activities.

The goal was to illuminate naturally, without dazzling, using the orientations and shadows; in an anodyne, anonymous environment, marked by constructions without character, which could be the fixed photo of any industrial state located on the outskirts of a medium-large city. The conception of the technical offices could not miss this encounter with the light. Outlined over the warehouse background, the offices volume is placed on the main façade of the building, at street level, being accessible after crossing the opening of both truss-doors.The glass skin is transparent on the ground floor, being protected by the suspended volume of the first floor, which, although it is also made of glass, becomes intimate and heavy by the use of a curtain wall composed by U-glass and thermal glass. The air chamber between both layers helps to dissipate heat and control the interior temperature.

The interior of the offices, clad in steel and glass, are designed as smaller pieces of architecture contained inside the bigger composition. The offices and meeting rooms, of smaller scale, are distributed inside a bigger scale space, as an enclosing enclosure that generates its own atmosphere. The composite slab is set as a sky, establishing a dialogue with the LED luminaires and the embracing light, filtered by the curtain wall that becomes the horizon. The aim is to recreate one world inside another. The control of space and light provides the building with a comfortable working environment.

Our claim - and proposal to the client - was to reconvert the traditional industrial space setting a new atmosphere that sought the benefit of the people who will work inside. 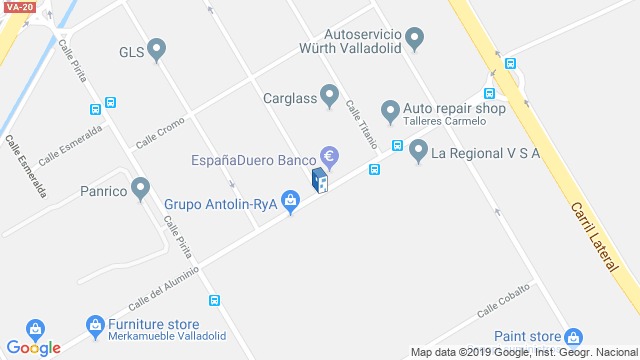