Text description provided by the architects. The East Java Christian Church invited Indonesian Architects Without Borders to design a new facility which signify local characteristics using sustainable materials. The village of Jengger (or chicken comb in bahasa) is located around seven hundreds meter above sea level.

Jengger village is home to many small scale farmers who grow coffee in the periphery of state’s forest. The village is surrounded by giant bamboo (Dendrocalamus asper sp.) but they are under utilized. Given its size and strength there was no doubt the native bamboo will serve best for the project; performance stage which requires generous space and wide roof span.

From the end of 2016 several workshops were organised in the village with participation of volunteers and architecture students covering topics of bamboo preservation and modern joinery using steel bolts and mortar injection.

It took more than a year to raise fund for the project including from Presbyterian Church of The Republic of Korea. After around twenty thousand dollars were collected in mid 2018 the construction began. The main level were completed in six months, semi-open amphitheater with capacity of three hundreds with natural ventilation. Up to know the toilet area and seating is on progress.

Villagers both from Christian as well as Muslim communities were hand in hand in building the “bamboo amphitheater.” To appreciate their ethics, the Church donated the new facility to the public on its inauguration day 22 January. It was came as a surprise.

Now the chicken comb amphitheater is available to host religious, cultural, and social events. Including for the local kuda lumping choreography. To sum up, the planning and implementation of the project proving strong cooperation and religious tolerance adhere to East-Javan farmers. 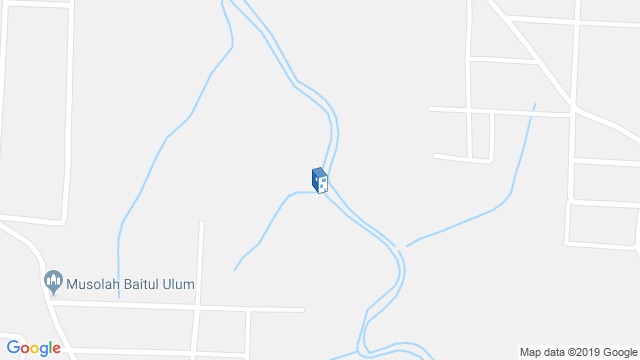 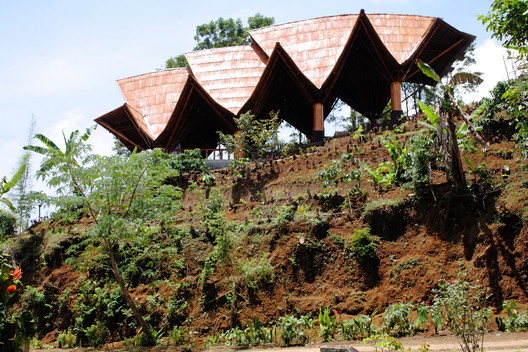