Save
Five U.S. Monuments that were Never Built
Share
Or
Copy

The United States is abundant with monuments dedicated to historical figures, events, and philosophies. From Mount Rushmore to the Statue of Liberty, the symbolism behind such monuments often outweighs the expense and practicalities behind their construction.

However, the architectural history of the United States contains many monumental intentions that were never realized. To demonstrate this, CashNetUSA has teamed up with NeoMam Studios to visualize five monuments that were never built. Below, we have republished the proposals with a shortened description. For the full story, visit the CashNetUSA website here.

The collaboration follows on from similar previous endeavors by NeoMam, who recently speculated on what New York’s Central Park could have looked like, and seven rejected proposals for Sydney Opera House.

CashNetUSA: The presidential faces on Mount Rushmore represent four not-unproblematic figures who have become the benchmark by which future presidents are judged. But we nearly ended up with full-length figures beneath those famous features.

CashNetUSA: The Monument to Democracy was a failed 1954 attempt to give the west coast its own Statue of Liberty in San Pedro. The idea was to inspire the Asian nations on the far side of the Pacific to embrace democracy.

CashNetUSA: The sculptor of the Abraham Lincoln statue at the Lincoln Memorial was drafted to realize department store heir Rodman Wanamaker’s tribute to America’s indigenous peoples. The native American figurehead, which would have been taller than the Statue of Liberty, stood on a Neo-Aztec pyramid, itself standing on an Egyptian Revival museum complex.

CashNetUSA: Mother-of-12 Calhoun’s tribute to motherhood fell apart amidst a bizarre and bitter court case against the memorial’s designer, William Clark Noble – himself orphaned in infancy. She accused him of blackmailing her; he accused her of withholding payment for the design and framing him for blackmail to get away with it. Noble collapsed with a heart attack at the climax of the trial and the monument, understandably, failed to materialize.

CashNetUSA: Bertram Grosvenor Goodhue’s entry to the competition to build a war memorial in Kansas City was considered the “most dramatic” design by the judges. His Gothic Revivalist walled acropolis would have had the appearance of melancholy sunken ruins broaching the city’s Signpost Hill.

What New York's Central Park Could Have Looked Like

New York's iconic Central Park was designed in 1858 by F.L Olmsted and C. Vaux, having been chosen in a competition against 32 other entries. The competition called for the design of a park including a parade ground, fountain, watchtower, skating arena, four cross streets, and room for an exhibition hall.

An iconic piece of architecture recognized around the world, the Sydney Opera House was designed by Jørn Utzon, following a 1956 competition that attracted 222 competition entries. Since its opening in 1973, the building has redefined the ambitions of Australia and only last September celebrated its latest milestone: turning completely carbon neutral. 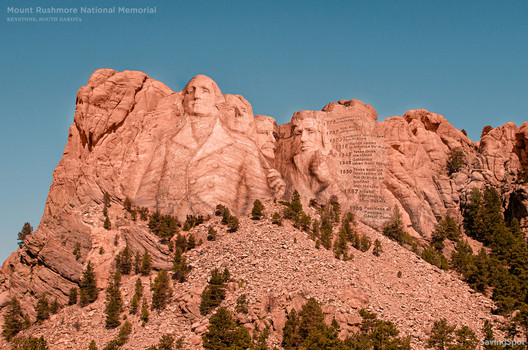